OLDFANGLED: Don't cry for me, Travalena: the death of celebrity impressions 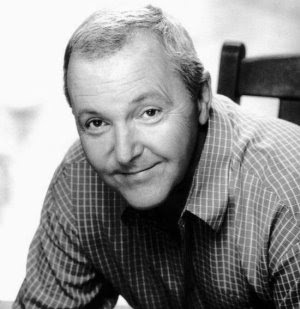 A cascade of celebrity deaths tends to turn up the heat at news Web sites. A mixture of genuine sadness, nostalgia for what the late person of note represented, and sheer ghoulishness draw numbers.

In death, there is a final hierarchy. Farah Fawcett's demise was abruptly and immediately overshadowed by Michael Jackson's. Twelve years ago, Robert Mitchum's passing was passed over when Jimmy Stewart died a day later.

One of the overlooked entertainers who recently left this life with muted fanfare was Fred Travalena - a 66-year-old, brilliantly talented and hardworking comedian and singer who specialized in celebrity impersonations. His death on June 28 merited little widespread attention, but prompted a thought: for 30-40 years, a wildly popular wave of imitators crowded the stage and screens. What happened to them?

Although the successful have always spawned imitators, mimicry as an art form didn't really take off until the invention of mass media. Being well-known became a form of commoditization: the personality as coin.

Charlie Chaplin was probably the first to be copied: lookalikes such as Billy West and Billy Ritchie profited by copying Chaplin's persona, mannerisms and gags in their own films. Charles Amador, who billed himself as "Charlie Aplin," was successfully sued by his model in 1925 for copyright infringement.

No vaudeville performer worth his salt was without an impression or two in his grab bag of tricks. Many a turn onstage was saved by an earnest if inexpert take on the phenomenally popular and distinctive Al Jolson ("Mammy!").

Even the early cartoons used celebrity caricatures as a hook. Disney's 1938 "Mother Goose Goes Hollywood" and Warner Brothers' 1941 "Hollywood Steps Out" utilized the recognition factor. From 1931 through 1945, the incredibly popular "The March of Time" radio news program delivered reports on current events - dramatized and enacted by imitators of world leaders (Art Carney got his start there as the voice of FDR).

By the time World War II ended, a common cultural landscape had been created by the media giants. Movies, radio and magazines had made the phrase "household names" an accurate one. There was a pantheon of stars to imitate and a generation of talent willing to imitate them.

Presidential imitation hit the spotlight in November of 1962, when Vaughn Meader's "The First Family" record album, a gentle spoof of the Kennedys, became the fastest-selling album in history, eventually selling 7.5 million copies and winning a Grammy as Album of the Year. (Of course, Kennedy's assassination a year later destroyed Meader's career. A legendary anecdote about Lenny Bruce has the great comic saying, to open his first show after Kennedy's death, "Vaughn Meader is screwed.")

The golden years of celebrity impressions played out in nightclubs and "supper clubs" across the country - inheritors of the kind of acts that used to tour legitimate theaters across the country. As TV grew in importance, one appearance on powerhouse showcases such as "The Ed Sullivan Show" and ABC's "The Hollywood Palace" could make an aspiring performer's career.

The cream of the crop were chameleons such as Travalena, Frank Gorshin, Rich Little, Charlie Callas, George Kirby, Joe Baker, David Frye and John Byner. All of the above save Frye and Byner, with the addition of Marilyn Michaels, appeared in seven astonishing episodes of "The ABC Comedy Hour" (aka "The Kopycats") in 1972. Strong writing and amiable and cooperative guest stars made this a memorable endeavor.

And they kept playing - but audiences were getting older. The common coin of mainstream culture was beginning to fragment, and the 60's generation wasn't very interested in imitations of James Cagney, Frank Sinatra, Judy Garland and the like. Later generations wouldn't even know who they were.

The primary inheritors of the imitative tradition became TV sketch shows, in particular SCTV, "Saturday Night Live," and "MADtv." Impressions of political and entertainment figures, and even the momentarily notorious, became an important part of a performer's skill set - especially for people such as Joe Piscopo, Billy Crystal, Dana Carvey, Phil Hartman, Jan Hooks, and Bobby Lee. Without camerawork and prosthetics, though, few could take that act on the road.

The surviving impressionists worked to increasingly older audiences in the venues to which that decaying demographic is lured - cruise ships, Las Vegas, Atlantic City, and casinos and other gigs in between.

A few success stories linger on. Presidential mimics such Steve Bridges (George W. Bush), and Iman Crosson (Obama) still thrive. Lookalikes for hire are a particularly strange subset of the genre: think of all the Elvis imitators, and people like Steve Sires, a ringer for Bill Gates who has stirred the wrath of Microsoft for the uses to which he puts his likeness. Not to mention Edward Moss, a professional Michael Jackson copy who was actually hired as a stand-in by Jackson himself: will his career blossom or fade with his original's demise?

A few comics can use impressions in balance with a strong comic act. Danny Gans, who died unexpected on May 1 at the age of 52, was a Vegas impersonator superstar. Standup Kevin Pollak's takes on William Shatner and Christopher Walken are complemented by his quick wit and versatility as an actor.

Craig Gass, Greg London, Frank Caliendo ("FrankTV"), Louise DuArt, Daniele Gaither and Terry Fator, "The Human Jukebox," are among the few who make a living from imitations today. As well, radio "stooges" for personalities such as Howard Stern, Don Imus and Rush Limbaugh aid their hosts in castigating those in the spotlight with handy impressions of them, which fade away with that person's prominence.

Without a common cultural context and lexicon, the glory days of stepping into the look and sound of others for fun and profit may be fading away -- forever.
at July 06, 2009