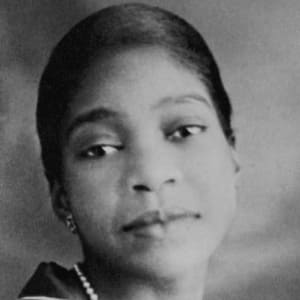 Blues came crawling out of the backwoods. It had no designated father or mother; it just rose up, put itself together, and took over the world.

There is a hierarchy, however. There are the three Kings of the blues: Freddie, Albert, and B.B. Koko Taylor is known as the Queen of the Blues, although the original Queen was Ma Rainey. Rainey was also considered one of the “big three” of the blues in the 1920s, all vocalists, all women: herself, Lucille Bogan, and Bessie Smith. On this recording, her first ever, Smith elevated herself to the supreme position. She’s still known as the Empress of the Blues.

Smith is not the first to record the blues, or even the first black woman to do so (Mamie Smith did in 1920). But she is the best. Why? First, a little context.

Around the turn of the last century, the musical genre of the blues coalesced in Texas and the Deep South, first manifesting itself as a form of country music. Quickly the blues splintered into regional styles: Delta, Piedmont, Memphis. Published blues music appeared in 1912, and it began to spread.

By the 1920s, the blues had moved to urban centers like Chicago and New York, moving along with the millions of African-Americans who left the Deep South in the Great Migration away from impoverishment, abuse, and murder. Once established as entertainment in bars and nightclubs, the blues became acceptable for affluent white crowds as well. The main expositors of the day were black women, not only Smith, Bogan, and Rainey but Ida Cox, Alberta Hunter, Memphis Minnie, Ethel Waters, Sippie Wallace, and others. These singers worked primarily in vaudeville, and their prevalence live and on disc codified their particular approach to the music, making “vaudeville blues” the style known as the classic one today.

All three women were “shouters”; that is, they had powerful voices, usually accompanied only by piano, which could cut through to the back of a crowded room in the days before amplification, under any and all acoustic circumstances. All of these women had stage presence, magnetism, a directness worlds away from the shrinking-violet “proper” Caucasian female singers of the day (OK, not Sophie Tucker).

The blues was not background music. It was not the kind of thing you chatted during, unless you wanted the vocalist to throw her gin at your head. The performers demanded your attention. Their message was urgent. Their emotions were raw and powerful, with a sexual undercurrent, or just a flat-out live and sparking current of desire.

The three prima donnas of the blues stood on a sliding scale of mainstream acceptability. Ma Rainey was the most theatrical and restrained, and the most commercially successful in the long run. Bogan was considered a “dirty” blues singer, and eventually had to change her name to get more singing work. Smith was right in the middle — an imposing, charismatic figure who sang about earthy and transgressive topics but who was impossible to dismiss.

Besides possessing trumpet-like projection (remarkable considering she was the female equivalent of a bass), Smith knew how to phrase like no other. In fact, she worked within a narrow vocal range, but her command of rhythm and intonation was incomparable. One of the miracles of the blues is that it is so various and individual within strict structural limitations; Smith demonstrated that breadth of possibility at just the right time for the genre.

“Down-Hearted Blues” was written by two equally gifted black women — the singer Alberta Hunter and the composer/pianist/bandleader/arranger Lovie Austin. Unlike previous songs that attempted to frame a blues sequence within a “standard” song structure, Hunter and Austin launch into the heart of the matter. “Gee but it’s hard to love someone/When that someone don’t love you.” Smith sells the sadness, but she’s playful, too: she skips syncopatedly through the phrase “trouble’s going to follow me to my grave”; when she slides down on the “crazy” in “Once I was crazy about a man,” it’s like she’s rolling her eyes at herself. (It helps that her accompanist, Clarence Williams, has a sprightly, pointillistic attack on the piano keys -- trivia fans may note that he was the grandfather of the esteemed actor Clarence Williams III.)

She’s suffering, and yet she’s triumphing over the suffering by turning it into something beautiful and deeply felt. It’s weak-ass to term it “feeling,” but that’s what it is. (Racists often attributed more deeply “felt” art to minority artists, thinking them compensated with that for a supposed lack of intellect. Either that, or they said minority prowess was due to some inherited “natural” ability, another ridiculous and condescending stereotype.) Smith could and still does transmit feeling on a level so true and basic that it reaches everybody. Her amazing combination of confidence, assertion, pain, and vulnerability in the act of singing opens the door to the listener’s heart, strikes a resonance. In Smith, the blues become transformative.

Much has been made of Smith’s rags-to-riches-to-rags life, and her unorthodox and transgressive lifestyle. When her tragic death came in 1937, she was en route to a comeback; Rainey and Bogan had both retired five years previously. The kind of blues they sang was already out of style. 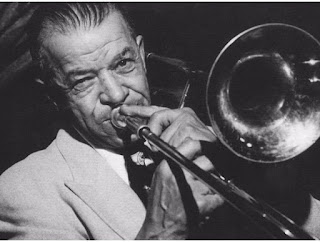 The story of how that happened is conflicting and convoluted. Two African-American brothers in Los Angeles, John and Benjamin Spikes, decided to get into the record business, specifically the new and popular jazz genre. Jazz talent on the West Coast was scarce, but they managed to find a musician in Oakland who would make the trip south to their studio. Fortunately, it was Kid Ory, who had just moved to the West Coast in 1919 after a stellar career start in New Orleans jazz.

Either Ory or the brothers paid a Norwegian operatic tenor named Arne Nordskog to use his crude Santa Monica sound studio, and then pasted the brothers’ Sunshine label onto the discs. In June 1922, Ory, vocalists Roberta Dudley and Ruth Lee, and four other musicians cut a number of sides, of which only six survive.

The result is a classic rendition of first-generation jazz — a regular square beat, carefully contained improvisations, and stand-alone four-count solos. The sound quality of these discs is not great, but Ory and his group really hop through the tune. It is full of the swooping trombone glissandos Ory was famous for. (The style is termed “tailgate,” dating from the time jazz bands would ride on wagons through town, and the trombonist would face backwards on the tailgate so that he could manipulate his slide without knocking a fellow musician senseless. Since then, any kind of showy, exaggerated slide work bears the name.)

Ory’s place in jazz history took some time to be re-estimated. He was discovered by the ultimate jazz progenitor, the legendary half-mad trumpeter Buddy Bolden when he was a child; Ory’s sister wouldn’t let him play due to his youth. However, soon enough he was the premiere bandleader in New Orleans during the 1910’s, and several key figures — King Oliver, Louis Armstrong, Johnny Dodds, Jimmie Noone, and others — all learned their craft under him. Thus, his influence is baked into the genre as we conceive of it today.

Ory moved to Chicago in 1925, and worked extensively in the music scene there. During the Depression he knocked off and ran a chicken farm. He enjoyed a renaissance in the late 1940s, reaching a whole new generation when Dixieland became popular again as a reaction to the out-there complexities of bebop. He finally retired in 1966 and spent his last days in Hawaii, an unusually happy ending but well-deserved for a seminal jazz musician.