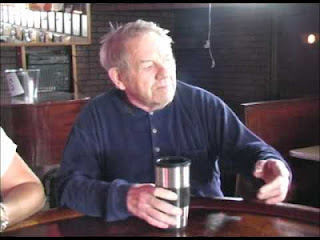 I have gathered a lot of info about Denver's classic jazz haunt for decades, and have patronized it for 40-some years now. When I heard about the death of long-time owner Jerry Krantz (above), I just had to whip up a little tribute to him.

The first thing Jerry Krantz ever said to me was, “Get the hell out of my bar!”

I was 18; my friends and I were wandering around what was then the bad part of , looking for trouble. Back then, everything northeast of consisted of dive bars, flophouses, pawn shops and empty storefronts. Hoboes still hung out in the rail yards, and camped in the brush along the . The age of LoDo redevelopment was decades away.

We heard the sound of jazz coming out of the scruffy-looking, neon-bracketed entryway at and walked in. El Chapultepec was and still is an L-shaped, low-ceilinged womblike structure with an elaborate bar, flanked by a rank of banquettes on each side. The floors are tiled chessboard black and white, and the space between the booths and the bar is narrow (were there ever enough seats? The floor was always packed with standees, the barmaids wrassling their way back and forth to the booths with drinks). At the end of one arm of the L is the world’s tiniest performing area, which somehow accommodates a piano and a few chairs.

For the first time in my life, I saw and heard people making spontaneous music. We had been “exposed” to jazz in school, but this was a condescending, boring exercise that inspired nobody.

This was exciting, though. We pushed our way into the back of the crowd. Jerry, however, had a psychic sense of how old someone was, and of course we hadn’t the guile to try to dress older, or the balls to dispute him. We got the hell out of his bar and, like many other overflow patrons, stood out on the sidewalk, listening.

El Chapultepec is housed in a building more than 100 years old. Its unsavory early history includes duty as a sometime haven for a “floating brothel” named the Silver Dollar Hotel – presumably the cost of a good time back then.

On July 4, 1933, Tony Romano opened Tony’s Restaurant there. Jerry married Tony’s daughter Alice and started working there in 1958; he took over the place in 1968 and after a time began offering free nightly jazz there. It’s been much the same since, and now Jerry’s daughter Angela runs the place.

Jerry passed away Tuesday morning, and most of the copy about him emphasizes his crustiness, and he was indeed one tough customer. However, he loved jazz and wanted us to love it, too. When we came back to hear the music the next time, he gruffly told us we could sit in the back room and listen, where underagers were welcome.

There were rickety wooden booths there, next to the noisy kitchen, and we spent many, many nights there eating Jerry’s greasy Mexican food, sipping Cokes and dodging out of the way of the pool cues (improbably, a billiard table was crammed into the center of the tiny space, necessitating that diners sometimes lean back or crowd over to accommodate the stroke of players on some long carom shots).

And we listened. Once again, stories tell of how “everyone” in jazz stopped in to the Pec to perform, including Sinatra, Bennett, and my hero, Artie Shaw. I never ran into a one of them. Instead, I heard the locals, the regulars, those without a big name or following who simply, night after night, explored the music and made fascinating, beautiful improvisations. This taught me more about jazz and the strangely disciplined indiscipline of art made off the top of the head than anything else has.

Now I’m a graybeard who writes about a lot of things, including jazz. Hopefully, I have sent some customers and potential fans his way. You could do much worse than to spend a night standing in the crowd on the parquet floor, listening to the music. Thanks, Jerry.
at May 30, 2012 1 comment:

I was lucky enough to get to write a wonderful feature story about jazz in Denver, past and present. Space did not permit me to go into as much detail as I would like; I have appended below information about local venues for those who want to get out and hear what's happening!

P.S.: If you have more information about local jazz clubs, nights, events, performers or ensembles, please feel free to share this info in the comments section.

DENVER JAZZ MUSICIAN GALLERY
All the artists listed below came from Denver, spent a significant part of their lives here, or currently reside and work here. 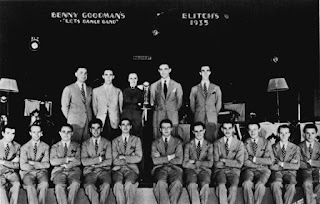