Badass bass/baritones: the lure of the great opera villains, Part One

I love to sing. Ask around; a lot of bystanders have been injured in the process.

There’s something thrilling about carrying a tune, whether or not you’re particularly good at it. After high-school choir and a little musical theater, though, I was done as a singer.

I still love to listen, though – especially opera. Why? Maybe it’s the fact that it’s a magnificent mash-up of music, theater, dance, and art. Maybe it’s that the operatic world can contain so much. Opera is a crazy, emotional, illogical, overblown, splendid world in which concepts and people lurch about in enormous and ornate settings, bellowing beautifully out into the darkness.

But I rapidly began to identify with the bad guys. Although opera has changed and grown in the past 100 years, its core repertoire is, depending on your orientation, numbingly or comfortingly familiar. The heroes and heroines sing high; the villains, weirdoes and comic relief sing low.

I wonder why. Maybe it’s a reptile-brain association – higher, lighter voices belong to the young and innocent, and deep growls come from the aged and jaded, the predators.

But the tenors are so damn irritating . . . they get the best arias, they get the girl, they get the big applause, and they are so, well, whiny. They do not so much act as they are acted upon. They are tormented by love, fate, adversity, and it’s a fair bet that they could whip up a poignant aria about the difficulty of tying their shoelaces if pressed.

The villains are so much more fun to play. No villain? No plot! Ask any actor – a hero must be played with a kind of blankness about him that allows the audience to slip in its identification with him. But a bad guy – oh what cackling fun! And in opera, there is nothing subtle about being a scoundrel. One gets to boom forth, gnash the teeth, leer, gesticulate until one is stabbed, shot, struck, drowned, poisoned, arrested or otherwise molested. (And sometimes the opera villain gets off scott-free!)

So here’s a purely personal list of my favorite bass/baritone baddies, with a palate-clearing addendum of not-so-nasty lower-range roles as well. 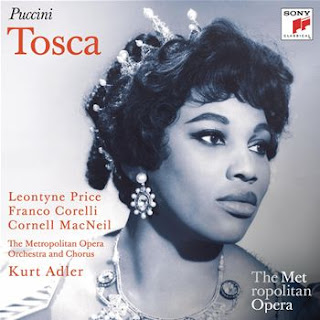 What’s his problem?:
He wants to ravish the heroine and kill her lover, the painter Cavaradossi, who is a revolutionary sympathizer.

M.O.: An army of spies, firing squad, and torture, physical and psychological. He puts Cavaradossi to the rack, and then tells Tosca that he’ll let him go if she does the nasty with him.

Good tunes?:
Absolutely. Scarpia knows how evil is is, and has no remorse about it whatsoever. Listen to him revel in his dastardliness at the end of Act I, performed by Cornell Macneill, the ultimate Scarpia:

Payback:
Stabbed to death by Tosca with a butter knife (ouch!) at the end of Act II. However, he’s such a rotter that he ends up killing both the lovers after he’s dead. THAT’S follow-through. 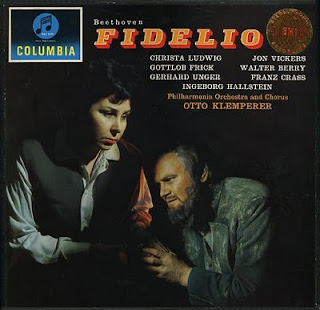 What’s his problem?:
He just hates that Don Florestan, husband of the heroine Leonore, whom he has unjustly imprisoned for trying to expose Pizzaro’s evil deeds. Leonore disguises herself as a dude in order to spring Florestan from jail (opera is complicated). Pizzaro plans to have Florestan killed and buried before the king’s minister stops by to check on how things are going down there in the pokey.

Good tunes?:
Meh. Mostly, he serves as a plot point, but boy is he scary! He has a nice Act I kill-the-wabbit moment. Here’s Walter Berry:

Payback:
Pizzaro makes the classic bad-guy mistake of bringing a knife to a gunfight. He is overcome and foiled and ends up a prisoner in his own jail. 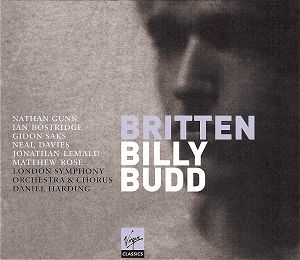 What’s his problem?
He hates Billy Budd, 'foretopman, the gentle hero of the tale. He vows, for no other reason than the existential hatred of evil for good, that he will destroy him utterly.

Good tunes?: His aria “Handsomely done, my lad” in Act II is one of the most chilling delineations of evil in any medium. Here’s James Morris:

Payback: Claggart accuses Billy of mutiny in front of Captain Vere. Billy strikes Claggart in the head, killing him instantly. Vere, in turn, if forced by military code to hang Billy, though he knows Claggart’s charges were false and that Billy is a saintly figure.

NEXT TIME: Barnaba, Iago and a bunch of other jerks
at September 23, 2011 No comments: