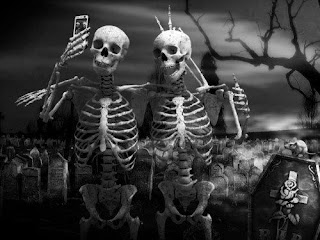 If you look at my banner photo on my Facebook page (that is, if you even go there anymore – isn’t FB for old and/or dead people?) you will see that it looks like a selfie. There’s my big old face dead center, scenic mountain backdrop, artful sunflare, and all.

Except I wasn’t trying to take my picture. I am technologically inept and was trying to take a picture of what was in front of me, in the other direction – a beautiful mountain panorama. Therefore, what you see is the most unpremeditated view of my face you are likely to get in this life.

Taking photographs was painful in the flashbulb and film days. We were always steered to “look into the light,” which resulted in many pictures of me cringing and clutching my face, albeit in good, solid lighting. I still have flash-flinch, and few photographers have captured me with my eyes open.

Now I bob amid selfie takers. The medium is the message. Everyone’s a star, and anything is permitted.

With the democratization of the media, everyone is now their own broadcaster and network. The gatekeepers have fallen. News and information can no longer be monetized, and in a capitalist society that means the communication apparatus is now for rent, with no public responsibilities (not that this hasn’t been always true to some extent). Initially liberating due to the ability of alternate voices to make themselves heard for the first time, the dissolution of the news industry means that there is no impetus to find out and tell the truth, to the best of one’s ability. And if truth is gone, all that remains is assertion.

Anti-intellectualism is on the rise. An overarching sense of being on the same page as a nation, no matter how awkwardly produced, is gone. Ironically, that consensual reality was a product of diversity. That mixture of opinion, fact, advertisements, propangadna, and as many viewpoints as could be crammed into a print publication at once forced the reader to be exposed to unfamiliar ideas, to be aware of other people’s problems, of trouble on the horizon. We self-select now. People do not want to know what’s going on (unless, seemingly, it’s upbeat stories about contemporary living for a savvy readership). We have ensiled ourselves.

We are almost post-literate. We quite literally express oursevles in images and video clips. We pose, we identify where we are, we say how we feel. We contextualize ourselves for our friends and followers, always foregrounded against a referent. We expel concussions of self-regard. We like things, we share things, we argue online, but it’s all little bush fires out on the grand savannah. That atomization of the media has fragmented the popular will, stunted its attention span. We are all chasing page views now, and anything goes, and goes by quickly.

We are exchanging the lasting for the ephemeral. The advent of “disposable” media services such as Snapchat means that the content vanishes after a time. With that the idea of generating something permanent is lost, and under that I find a fundamental, intolerable despair. It makes me fear that there are more people who think that there’s no reason to aim for something that lasts than there are otherwise. (Since I’ve taken it on myself to tell stories for a living, it’s of course in my own interest that I promote this concept. Have you Googled me lately? Online, in archives, my stuff’s still out there, and that’s the point.).

Instead of broadcasting to an unrestricted audience, the nature of social media is constricting us into a multitude of discrete sets of relationships – as numerous as cells in a beehive, each with a restricted, mediated point of view. With no new paradigm of consensual reality emerging, everyone is more easily entranced by their own illusions. Instead of the digital revolution pulling us all out together into the light, it has merely helped us build better bunkers.

So what’s the answer? Take otheries, I think. The obvious metaphor from my tale of my photograph, that I obtain the most accurate self-portrait when I focus outside myself, is trite, obvious, and ridiculously sentimental, even for me. But it is true.

When we turn the camera around, when we really look around us and transmit that, we’re on the right track back being human. All the old media can dry up and blow away, and the new ones can assume their rude shapes. The value in telling stories persist. We still need them. And when we tell them, we do wind up asserting ourselves in the most powerful fashion.