Here’s another project that’s snowballing into multiple parts, proving again that poking into obscure cultural corners is both a waste of one’s time and a provocation of delight.

In the first chapter of this investigation, I looked at hitsadapted from opera – “The Alabama Song,” “Mack the Knife,” “I Can’t HelpFalling in Love with You,” and “Stranger in Paradise.” In the commission of the first story, I found plenty of other examples of this syndrome. Here are 12. Interestingly, the bulk of these adaptations cropped up between the Big Band era and rock ‘n’ roll, when vocalists took center stage and “sweet singing” was the norm.

Some of these songs are sweet and some insufferable, but most, I think, are worth a listen by the curious opera fan. 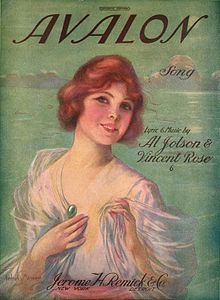 Here’s a case in which copping credit leads to downfall. Vincent Rose wrote the song, but it was common at the time for people with leverage to claim co-authorship of the song in order to gain a piece of its royalties. Jolson and De Sylva did. (The practice has stayed with us down the decades, unfortunately.) A year after the song emerged and became a hit, the publisher of composer Giacomo Puccini’s music sued, claiming that the song was based on the famous aria from Tosca, “E lucevan le stelle,” written 20 years before – only transposed from its original minor to a major key! They won the suit, and $25,000, and all future royalties from the song. 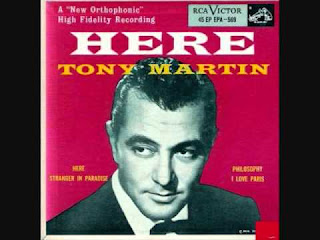 This decent little ditty rose to #7 on the charts, and was later covered by the Four Belles, the late Jimmy Young, and Robert Goulet. 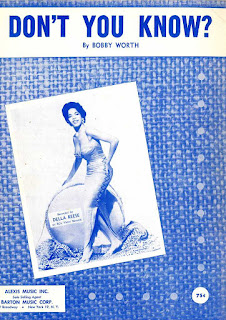 The song that made Della Reese’s career. The up-and-coming singer had already charted with “And That Reminds Me” two years previously, but “Don’t You Know” earned her a Grammy nomination and a long contract performing in Las Vegas. (Songwriter Bobby Worth also co-wrote “Tonight We Love,” which borrows a theme from Tchaikovsky.) 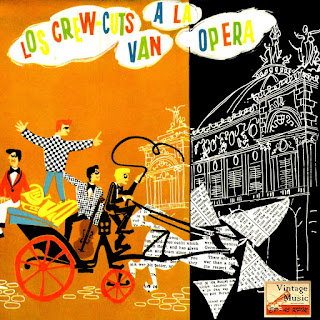 “Mostly Martha,” written by Ralph Sterling, Dorcas Cochran, year unknown (from 7” “The Crew Cuts Go To the Opera.” 1959); AKA “M’appari” from von Flotow, Martha, 1847 (who lifted it from an opera he wrote a year earlier)

The Crew Cuts are universally despised by music historians, as part of the huge wave of square white artists and groups who Caucasian-ized the bejeezus out of R & B hits during the 1950s, in a misbegotten effort to “translate” and make safe the transgressive energy of that music for white kids (who all preferred the originals anyway). The Crew Cuts’ biggest hit was a cover of The Chords’ “Sh-Boom” (their cringeworthy version of “Susie Q” bears little comparison to Creedence Clearwater Revival’s definitive 1968 cover.)

Now, here’s the remarkable thing. Their “Carmen’s Boogie” was originally written for the Andrews Sisters, then covered by Spade Cooley, but the Crew Cuts’ version was a hit. Somehow, this microniche of singing pop covers of opera led to their 1959 7-inch, four-song mini-LP, The Crew Cuts Go to the Opera, where they stick it to Verdi and Flotow as well1. The result is one of the oddest crossover pop-culture artifacts ever. 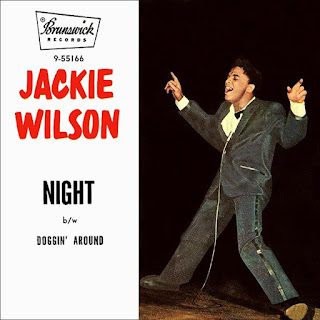 Could this guy sing anything? It seems so. “Mr. Excitement” had a four-octave range, and killed it performing R&B, doo-wop, and pop. This very mayonnaise-ish take on “Mon coeur s’ouvre a ta voix” is a noble effort, and Wilson sells it hard. There’s enough strain in it, though, to make him an unlikely successor to Mario Lanza. 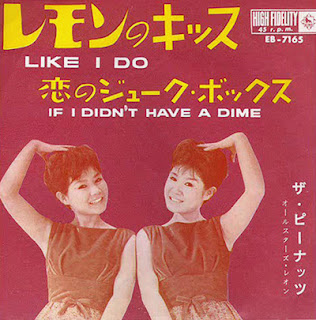 These all predate the most famous reincarnation of the Dance of the Hours melody, listed just below, and probably helped trigger it. Four equally excruciating covers of this terrifyingly vapid adaptation must have crowded the airwaves of the time and inspired Allan Sherman. If you can get through them all, put a warm washcloth on your head and eat some ice cream.

“Hello Muddah, Hello Fadduh (A Letter from Camp),” sung by Allan Sherman, written by Sherman and Lou Busch, 1963; AKA The Dance of the Hours from La Gioconda, Ponichelli, 1876

This song came out in August 1963, and was pretty much the last laugh America had before Kennedy’s assassination. Sherman’s fame was brief, and this was his big hit, but he inspired a few future satirists. 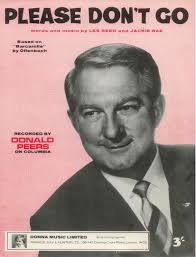 The trend of harnessing opera melodies to pop songs petered out in the 1960s. The few entries are lugubrious, if not lachrymose.

This is the trifecta, the hat trick of adaptations. “And You Smiled” has lyrics slapped on by Melvin David Taggart; its inspiration, “Eye Level,” was an instrumental hit performed by the Simon Park Orchestra, was the theme for a popular BBC-TV detective series Van der Valk. That theme, written by Jack Trombey, swipes the underpinnings of Mozart’s “Non piu andrai” and puts a new top line on it. A paradise of plagiaries (or, these days, should we say recycling?).

Note for #1: This was one of the 45-rpm records in my childhood home; we memorized it as kids and sang it constantly. In its own bizarre way, it may have been the gateway drug that led to my love of opera. The lyrics of “Carmen’s Boogie” are worth recounting here.

Hate the opera, it’s too highbrow
But there’s one number I can dig right now
Just like shifting without a clutch,
I ride the boogie with the Carmen touch

It rips up floors, it knocks down walls
They tell me it’s the reason that Niagara Falls
It even made Gibraltar rock
It’s not the kind of thing a mockingbird can mock
The day it hit in old Bombay
A Hindu couldn’t charm a snake away
They say in French, in Greek and Dutch
The boogie wasn’t boogie ‘til it got the Carmen touch!

Knew a fellow, a cat named Red
Played fine piano but they shot him dead
Red deserved it, the such and such
He bluffed off boogie with the Carmen touch

What brings saucers around from Mars?
And what makes Masons keep their Mason jars?
What makes babies cry out so much?


They want their boogie with the Carmen touch
at November 16, 2016