When the whirring stops: the death of the VCR

The Funai Electric Company of Japan makes its last Video Cassette Recorder, and the last one for the foreseeable future, in August. It’s over.

The first videocassette recording of a film was released in 1967. Starting in 1977, the Video Home System consumer-level analog recording tape was the film-industry standard. In 1997, the DVD began encroaching on the VHS tape’s territory. The last major-market film (and future trivia answer), “Eragon,” was released on VHS in 2007, and a year later, tape manufacture ceased entirely. 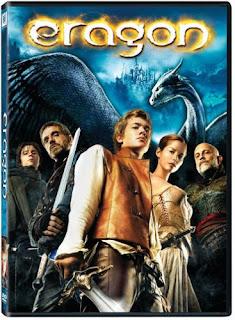 Now whatever is left out there on magnetic video tape that is playable will be stuck in a world that’s rejected its playback technology. Like the V-disc, the 8-track tape, the player piano roll, the filmstrip, and the LaserDisc, it has dead-ended, become a sport in the genetic sense of the word. It’s a now-pointless mutation.

VHS tapes were essential to a very particular kind of understanding of film. Not since the advent of art houses and repertory cinemas on the American coasts in the late 1950s had such a stretch on unseen films been found, easily accessible in the open market.

We viewers were previously subject to the imperatives of the market. In childhood, there were a few enthusiasts who wrangled 16-millimeter films, but these were few and far between, and well-off. We could find some of the output of the famous Blackhawk Films on 8-millimeter and Super 8 (Super 8!) at the local libraries, and we owned an old 8-millimeter job that played our family home movies, and Blackhawks of Chaplin, Abbott and Costello, and Tarzan.

Otherwise, first-run films came and went, and if they were good but not popular, you might never see them again. Broadcast television, the first great secondary market, was a yawning abyss of hours to be filled, and old movies filled them. “The Wizard of Oz” played every Easter, Christmas movies at Christmas, etc. We used to go through the pre-cable TV guides every Sunday and underline and/or circle (no highlighters yet) upcoming obscure gems, making late-night appointments to stare bloody-eyed at the boob tube, getting through a rare Douglas Sirk or Roy William Neill film, or “Alligator People,” or even some freakish stretches of quality such as Bondarchuk’s “War and Peace,” through the incessant interruptions of commercial blocks.

The bulky boxes of tapespool littered our weekend floors for decades, as we chucked them into the maw of the machine, which ground and gnawed at the boxes, straining to turn its gears and play that precious tape. (We had, and still have, a TOP-LOADER! Good times!) The revolution was us.

The VCR released us from time and space, and gave us ownership. We eagerly caught up with films we WANTED to see, WHEN we wanted to see them. We could now set timers and tape TV shows too, free our viewing schedule from the intentions and ends of the programmers. The power of the movie theaters faced its second serious challenge at this time, after the introduction of broadcast television and anti-monopoly action brought down the big studios after World War II.

All the films we’d read about that we’d never seen rained into our lives. It was now possible for the average person to self-educate about the length and breadth of cinema.

The primary downsides of the VCR were the laughably difficult programming problems the recording system always seemed to have, the clanky, cranky laboring of the devices, and the grainy, stretched, and stuttering quality of the image itself. (Anyone on the production side from the period will tell you about the hellish nightmare that was editing videotape.)

As a legacy medium, the VHS tape still has cachet. Yale picked up 2,700 of them last year, mostly horror films. Stephanie Rogers’ story for the Yale News points out that the VHS and VCR spurred the rise of low-budget cinema, particularly in the cost-effective horror genre, and direct-to-rental market helps to undermine cinema-going. (Pornography was, as always, on the cutting edge of whatever technological development came along, and thrived as well.)

The DVD murdered the VHS tape. Its infinitely better image, searchability, and capacity made it the winner over the tape. DVDs gave every film freak far more than even they could digest in one sitting. The advent of multiple data channels on each disc gave birth to the commentary track, scads of now-expected “extras,” alternative edits, contextualizing content, gag and blooper reels, and films within films. (The damn things do scratch easily.)

Now what’s next? A few years ago, Oliver Stone held up a DVD and said, “You may be the last generation to own a movie.” The video (now DVD) rental stores are almost extinct themselves. Even the Redbox movie-dispensing kiosk service, which killed the Blockbuster video-rental chain, finds itself becoming a less profitable anachronism. Its DVD rentals were down a whopping 17 percent in the fourth quarter of 2015.

Now that we are streaming film, we are purchasing temporary access to a product that’s not material. Pay for play. Downloads are possible, but we’ve come to find that digital files are just as prone to disruption, damage, overwriting, and loss as all those playlists you made on GrooveShark.

And that’s disturbing. I have about 2,000 films on DVD, very consciously chosen to provide me with an index of great films (OK, and “The Attack of the Killer Tomatoes” and “Pootie Tang”) for reference and repeated viewings. I am hoping the kids get into them and are accidentally infected with the rewards of quality viewing. How long until I have to jury-rig some kind of playback system for this collection I have no desire to rebuild again, from scratch? We all seem to end up living primarily in the last medium we are comfortable with, the one we commit to financially and emotionally.

There are 15 tapes here I deemed indispensable a decade ago. I wonder what’s on them? Can I see the content on them some other way?

Here’s a head cleaner. “A Rugrats Chanukah,” “A Rugrats Passover,” both available via Hulu. My friends Kathy and Robin Beck’s hilarious documentary, “Grandpa’s Still in the TUFF Shed.” Keeper. Three vintage Daffy Duck cartoon compilations, one of Bugs Bunny, one merely labeled “classic.” (You can see where my priorities lie.) Keep.

Of course, I have to hang on to the Mary Martin “Peter Pan” TV production. Priceless! Here are two I can’t find anywhere else: Jack Gold’s brilliant and underrated retelling of “Robin Crusoe,” 1975’s “Man Friday,” with Peter O’Toole and Richard Roundtree. And the PBS mini-series version of Joseph Conrad’s “Nostromo” from 1996. “Nostromo” was the last, great, unrealized project of David Lean’s, and this production lacks something vital but points the way toward a truly definitive adaptation of the novel.

The first and last “Star Trek: The Next Generation” episodes. Of course. Keep.

Another compilation: the documentary on Russell Scott, Denver’s TV clown Blinky (can stream it); “The Adventures of Robin Hood” (likewise) and “The Maltese Falcon” (I have the DVD). Goodbye!

A documentary on my hero, Steinbeck; a miscellany of Laurel and Hardy shorts, some vintage Dana Gould (a criminally under-regarded standup comedian and writer), and some of those delectable vintage Fleischer Brothers Superman cartoons. Keeper.

And the family home videos. Our father’s side of the family was ravenously to new technology, and the earliest home-movie footage we have dates back to the mid-1930s. Our dauntless cousin Elaine picked up dozens of these Super 8 and 8mm home-movie shorts and had them transferred to videotape. (A dissection of moving family images from before my father’s birth to my youngest sister’s babyhood deserves another essay, and some therapy.) There are hours there to be pored over by curious descendants, discussed, laughed at, explained, and used as a springboard of associations. “That’s Aunt Emma,” I say, and her clean, damp, kitchen-y smell, her scrollwork piano, a laundry chute, the cuckoo clock, the steeply raked back yard, all manifest themselves, instantly.

The VHS tape in this last case will serve as a link to a new technology, duped to DVD and then undoubtedly to whatever new forms of recording and transmission evolve. But it’s a fact of physics that there is loss of signal, a weakening of the resolution of the image, each time a duplication to another medium is made. Will these irreplaceable ghosts of me, my parents, grandparents, sisters, cousins, and friends fade away down the years like pen strokes on a palimpsest, until finally forgotten and lost? When a medium dies, that erosion, that slippage occurs, and I worry.