A salute to Dennis

Here’s the thing. I don’t think that Dennis Oviatt’s Café Food ever got any press until the day it closed.

He spent 21 years running the eatery in the Aspen Place shopette at 2095 30th St. in Boulder. For a full 40 years it occupied the space, under three owners before Dennis as well. (The site is being bulldozed to create new Google office space.) When he closed on November 21, most of his many faithful customers came by to get one more magnificent lunch from him. 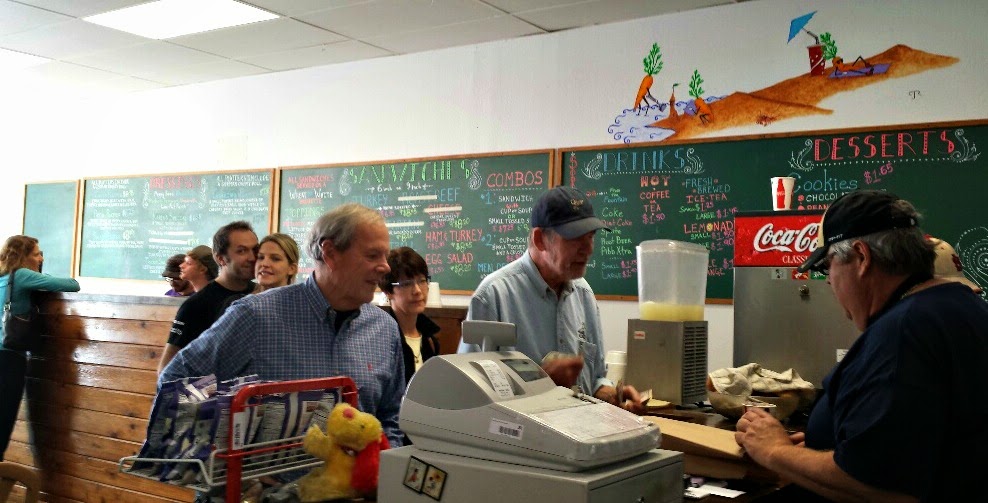 His menu was simple – soups and sandwiches. Yet I and other regulars could go day after day, gulping down his signature borscht, or his vegetarian chili, or his clam chowder. His sandwiches had the same ingredients as those at any chain sandwich place. Yet they were a thousand times more delicious than the usual fare, more filling, more satisfying somehow. And I would crawl over broken glass to get one of his famous German crusty rolls – sometimes we’d just buy a bag of them to munch on. How did he do it? 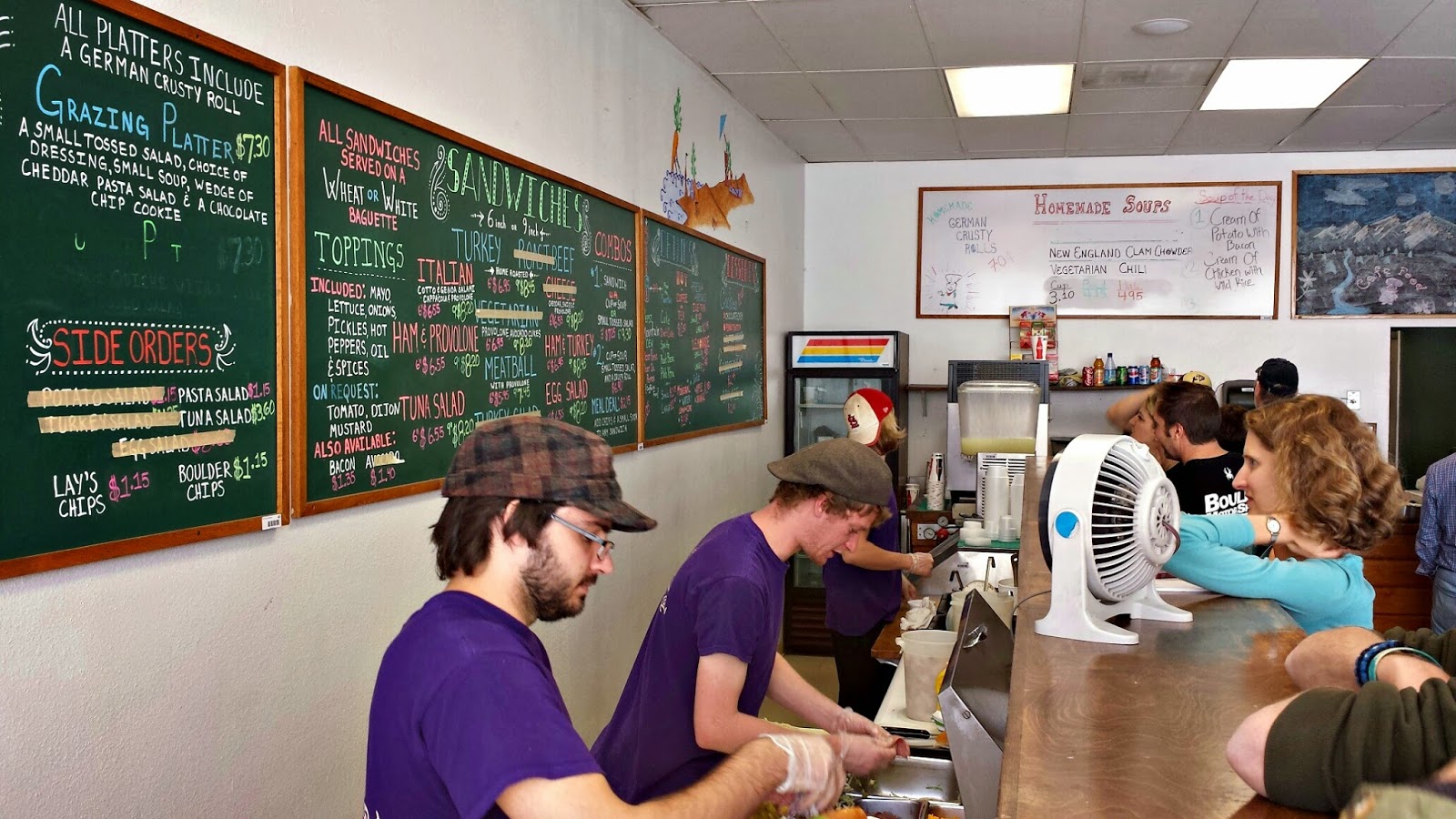 I think it was a function of Dennis’ unique character. He was completely honest, for one thing. If he thought you looked terrible, he said so. If he disagreed with your order, he’d try to get you to change it. He made you bus your table. And, if he was feeling lighthearted, you could joke and laugh with him, get into a delightful conversation that made you wish you didn’t have to sit down and eat.

Dennis was for real. He cared about what he was doing. He never took a day off. He came in, he set up, he served along with an ever-changing roster of assistants, he cleaned up, he went home. Day after day, in serene consistency, he fulfilled himself by making good food for people in his own modest establishment.

The reason why he never got any press? He didn’t advertise. This drove every single ad rep in town crazy, and they all eventually stopped coming by and trying to sell him and became regulars as well. Dennis had all the business he needed, and didn’t see any reason to bring in more. He was immune to every sales pitch, technique, contract, and offer. He wouldn’t even try some advertising for free, on spec, something a media company just doesn’t do until it has tried everything else. 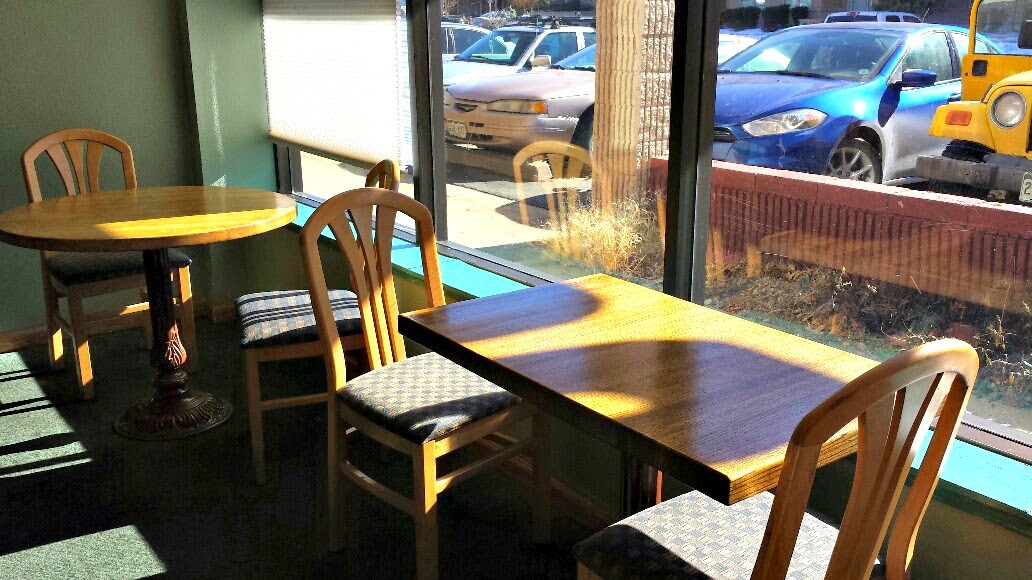 Well, the system does not know what to do with people who won’t advertise. This is the life blood of any media enterprise, so inextricably bound up with the business of news that the mechanism hardly recognizes a story that doesn’t have some kind of profit motive behind it.

What motivation is there to cover the activities of any business save to promote it? What leverage does any story’s subject have if he or she is not, in the end, selling something? Given the state of things here in the post-journalistic age, reporters are mostly just content creators for the bar down the street, the favored cause, the politician in sync with the publishers’ agendas, the institutions they’re indebted to for information.

The late Bill Vielehr was little-known, too. He sculpted for decades in his little rattrap studio at the end of Pearl Street in Boulder, getting a commission here and there, gradually increasing his popularity He kept his head down, scraped along, kept making work. He kept all his rejection letters in a drawer in his office. It contained more than 1,400 separate expressions of disinterest. 1,400. He was still going strong when he died suddenly on October 11.

What Dennis and Bill had in common was the knowledge of what they were good at, a dedication to doing the best work they could, day and day out; and a sense of proportion – being content with working to the limits of their capabilities, but no further. Who can say what worth it is to craft huge, shiny, serrated sculptures? What’s the value of a quiet little lunch spot? Who’s to tell these guys that they didn’t dream big enough, or were on the wrong track? And who cares if neither of them got a write-up until their work was done? They fed us.

At our best we measure ourselves against the template of our ambitions on a daily basis. Motivated properly, we work as hard as we can to fulfill our lives, to fill them with meaning. Hacking away at stories here at my desk, dropping them into the media stream, hoping they reach those who need them, I feel like I have some sense of what these guys went through. Dennis and Bill toiled away in obscurity, and affected far more people than you might think. I still love to watch the kids playing among Bill’s sculptures in the park here. I will always be able to taste that crusty roll. 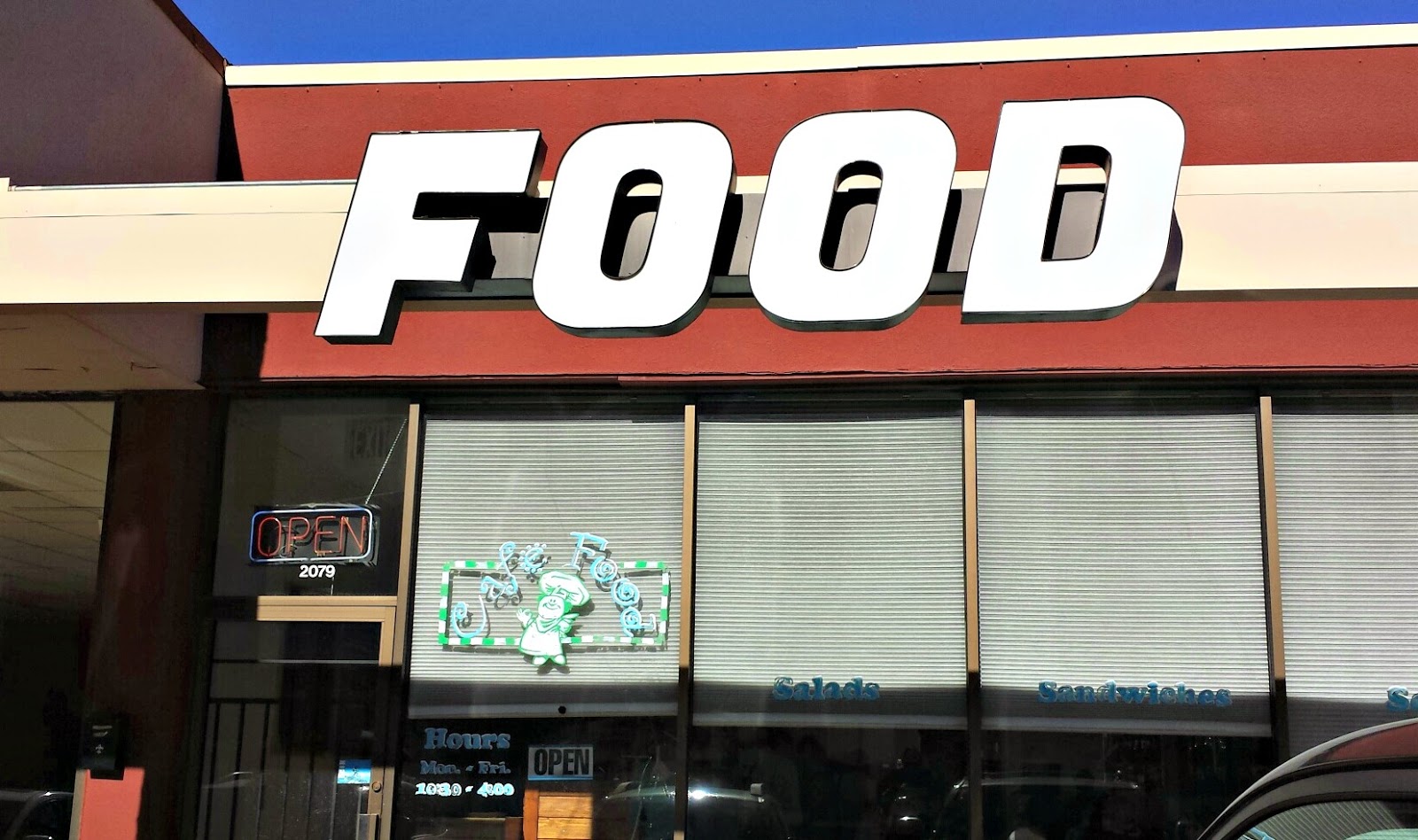