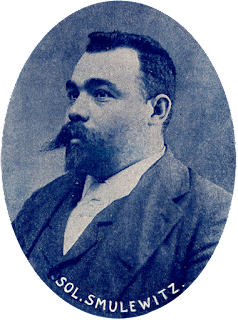 There are many reasons why sounds were initially preserved. Edison first thought of the recording process strictly as a business application. Anthropologists and other scientists gathered speech and music from displaced and vanishing indigenous peoples. Recording was a novelty, not an entertainment industry.

When it exploded into a profitable form of commerce, production centered on what the neophyte music producers of the day thought would sell. Popular songs, marches, hymns, classical selections, comedy routines, and the like. Four million records were sold in 1900; by 1910, that yearly number increased to 30 million. The audience was overwhelmingly white, middle-class, and urban-dwelling. There was as yet no “country” music, and even African American music wouldn’t be distributed until “race records” came along in the 1920s.

One under-regarded audience was that for ethnic music. Most immigrants were not interested in their musical past. After all, they traveled thousands of miles to become Americans, and were eager to assimilate.

Certain ethnic populations, however, were more coherent than others. Judaism in particular, with its strict behavioral codes, ancient liturgical language, and elaborate and pervasive rituals, had for thousands of years preserved its cultural integrity. For Jews who could afford to buy music, there was a yearning for the sound of “the old country.” The Lambert Yiddish recordings captured living tradition and helped maintain its continuity. These are also the first recordings of Yiddish in history.

Though the recordings were made by one New York company and finally issued by a different, Chicago-based company, the feeling that these sides filled a need is strong. At the time, the Yiddish-speaking population of New York City and other Eastern cities and large urban centers was a huge potential source of revenue. Between 1890 and 1940, more than 200 Yiddish theatre companies plied their trade. The Jewish hunger for culture proved as pressing as that for bread and safety.

The selections range from the religious to the comic. “El Mole Rachamim” and “Der Kaddish” are prayers for the dead; the lullaby “Rozhinkes mit Mandlen” (“Raisins with Almonds”) is here, too. “Vayzuso” is a song from Abraham Goldfaden’s operetta Akheshverus. There are a few humorous numbers as well, some by Dave Franklin, “the king of the comic singers.” Of the six singers (all male), at least William Nemrell, Kalman Juvelier, and Joseph Natus all had cantorial training and operatic experience, while Solomon Smulewitz aka Solomon Small was one of the busiest composers and musicians of his day.

One song in the collection seems sorely out of place. It’s Natus singing “The Honeysuckle and the Bee,” a typical and forgettable popular song of the day. It provides a perfect contrast to the rest of the selections in the collection — it’s bright, chipper, and glib, demanding a ripe, crisp elocution of the kind needed to project in the days before audio amplification. Its sentimental disposability has no gravitas, whereas the other 19 tracks have . . . well . . . soul, weight, deep feeling, a rough and ready “realness” which was to become the overwhelming tone of folk music, authentic or not, even as it later mutated into more popular forms. I guess you’d call it chutzpah.