The Pursuit of Happiness: Belonging 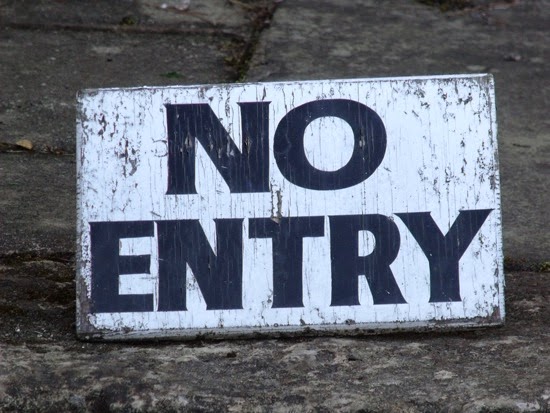 Part of an ongoing series.

" . . . the school would impose a discipline of speed and uniformity, and those individuals which would not or could not meet the school's requirements would be killed or lost or left behind. The overfast would be eliminated by the school as readily as the overslow, until a standard somewhere between fast and slow had been attained. Not intending a pun, we might note that our schools have to some extent the same tendency. A Harvard man, a Yale man, a Stanford man -- that is, the ideal -- is as easily recognized as a tuna, and he has, by a process of elimination, survived the tests against idiocy and brilliance. Even in physical matters the standard is maintained until it is impossible, from speech, clothing ,haircuts, posture, or state of mind, to tell one of these units of his school from another. In this connection it would be interesting to know whether the general collectivization of human society might not have the same effect. . . . The slow must be speeded up or eliminated, the fast slowed down. In a thoroughly collectivized state, mediocre efficiency might be very great, but only through the complete elimination of the swift, the clever, and the intelligent, as well as the incompetent. Truly collective man might in fact abandon his versatility."
John Steinbeck, "The Log from the Sea of Cortez"

"Home is a notion that only nations of the homeless fully appreciate and only the uprooted comprehend." -- Wallace Stegner, "Angle of Repose"

Why does the very first memory have to be of exclusion, abandonment, scorn, and isolation? Just lucky, I guess.

I must have been four years old or so. I was playing on a wide, quiet, leafy street lined with big beautiful houses, stoops, wraparound porches. This would have been Monmouth, Illinois, where my family lived for a brief time. A bunch of neighborhood kids and I were playing hide and seek. I was nominated as it, first. They ran and hid. And stayed that way.

I finished counting. I searched and searched. They were gone, I never did find out where. Or why they left me. “Olly olly oxen free!” I called over and over and over, to no effect, until I was hoarse. No kids reappeared, no adults emerged to find out what was the matter. I don’t remember the aftermath. It was a scenario that would repeat itself throughout my life.

Now, looking at my account of this little incident a half-century later, it seems ludicrous. How could such a small thing have affected me so strongly? But hurt it did, the worst kind of hurt. It was a burning, palpable, shameful, lingering kind of agony, the kind that I internalized, roasting and crackling away inside me, a living perpetually stoked hell, one that kept me awake at night, wondering what kind of atonement, what fundamental change, what pretzel shape I would have to contort myself into in order to be accepted, to life the curse.

True, I did not have a lot going for me at the time. I was four, for fuck’s sake. I was puny, with no social skills, and little common sense. I was horribly near-sighted and didn’t realize it until two grades of agony and not being able to see what was going on around me had only augmented people’s idea that I was a congenital idiot. I had a hyperactive imagination and mouth, so that when I articulated whatever was going on inside me I was stared at like I was a little nutjob, or told to shut up. Whatever I was, the message I got was that it was not OK.

It extended to my extended family. I was one of a horde of male cousins, all of whom were outgoing, well-adjusted athletic types who all grew up and became shatteringly normal. I was a creepy little twerp.

I made friends here and there, usually fellow freaks. It seems that when a kid is an outsider, he or she is tagged with a radioactive signal that kids everywhere can pick up on immediately. I was soon the pariah of any neighborhood into which I moved. I pretty much learned to duck any group of two or more kids coming down the street toward me. At school, at camp, in church, on the playground, I stuck to myself.

I bonded much more easily with grown-ups, mainly teachers, but that had its obvious limitations. By the time I was mid-way through junior high school, I was thoroughly miserable, so tense that my head was permanently skewed to one side, pulling my hair out in patches, pretty much ready to be institutionalized.

Thank God for music, and theater. We didn’t have enough money to afford instrument lessons, but I could sing, which took me out of myself and allowed me to integrate my efforts, however briefly, with a larger group in the pursuit of beauty. For the first time I was literally and figuratively in harmony with others. I took to it immediately, hard. Also, I auditioned for the lead role in “The Music Man” and somehow nailed it. I could perform. I had integrity onstage, in the spotlight. I was suddenly somehow engaging, talented, entertaining. I was hooked.

This opened a treasure box for me. Humanity wanted something to do with me. My presence was needed. I told jokes that people got, I shared feelings that friends understood, I came up with ideas that people wanted to help make tangible. I could pitch in and be welcomed. It was great. With the crazy, dysfunctional home life I endured at the time, it kept me out of the house for long hours and probably saved me.

It didn’t last. I resumed my outsider status in college. I couldn’t take the super-serious business of becoming an actor . . . seriously. I couldn’t join a group, I couldn’t network, I couldn’t do the things I needed to do to advance myself. I wandered all over New York City when not in class, on my own, toting a loaf of bread and a jar of peanut butter so that I could spend the rest on theater, galleries, museums, films . . . learning much more than was probably good for me. God takes care of idiots, which explains how I was able to hang out in places such as the Bowery, Harlem, Old Times Square, Hell’s Kitchen, and Tompkins Square at all hours of the night and not gotten my throat slit.

Looking back on it now, I can see that I was suffering a kind of slow-motion nervous breakdown. My family at home blew up, our finances went south, and I quit school, coming home to catch-as-catch-can work in menial jobs and small roles in local theater. It took trying standup comedy to lift me out of myself again and put me in another brother- and sisterhood that I could hang with. With the help of plenty of booze and pot. Until, of course, the maximal limit of my talent was reached and I was slotted into the proper designation.

Of course, hand in hand with this were the repeated attempt to go straight, as it were. Time and again, I would latch onto “regular” jobs in various organizations, looking for a stable career path, a future, trying to fit in with the little cliques and kinship groups that are a part of every workplace. No matter how hard I worked to prove myself, how violently I suppressed my natural tendencies, how badly I ingratiated, it never worked out. How come?

It seems that every group has two conditional elements: a hierarchy, and a need to be taken seriously at some level. You pay proper obeisance to the hierarchy. You reinforce everyone’s sense of identity by obtaining a place in the given constellation of relationships and inhabiting it. If you stayed stuck at the bottom rung of acceptance, so be it. You were not meant to rise, or to alter the balance. When you have fully internalized the code of that particular subgroup, you may be allowed to enter the inner circle. Or not. It’s all dependent on the needs of the group, not the individual.

The behavior patterns, attitude, language, priorities, beliefs, of any given group are codified. These must be maintained as well, or the coherence of the group is threatened. Laughter is nooooot welcome. I was doomed from the start, if you think about it. With humor as my lifelong sword and shield, the tool of dissection of stupidity and cruelty, I couldn’t resist poking holes in the flimsy schemes and structures established to maintain group identity. The impulse to martyrize myself was minimal. I just couldn’t not tell the unjustly dominant to go fuck themselves. It wasn’t a perverse impulse to be a naysayer, a rebel, an antihero. Hey, I would still sell out, given half a chance! Cheaply! Give me a call!

The groups to which I will always belong are those you can’t get thrown out of – the belligerent, the disaffected, the exiled, the strange, the scorned, the discounted, the addicted, ruffians, no-goods, cranks, eccentrics, losers. The fraternities of the terminally insolent, such as comedians, journalists, recovering addicts, and others who well good and finally don’t really give a shit what anybody from the land of consensual reality thinks.

50 years later, this meditation is still ragged and incomplete. I can still feel the pull, the urge to communicate, reach out, make contact, belong, albeit from a safer distance, behind the keyboard. For decades I’ve had the image in my head of me standing outside, looking through the window at the party inside. Tapping, tapping, tapping. Olly olly oxen free.

But there’s no inside or outside, that’s all an illusion, although it is one that hypnotizes us all, the big game that you ignore at your peril, that will keep you marginalized, unemployed, and castigated. Rules that kill.

Life, however, unmitigated wonderful real life, is what is what it is. Irreducible, it can’t be denied you, and if you open up the channels dammed by self-contempt, the waters of life flow to you and through you. Then you bloom, then you feed the sky with your beauty. Then you generate thunderheads and pour down life on the other parched souls and give them hope. The circle of green widens, and the nasty little bastards who want things their way and their way only can only hang their over the fences they built to keep you all out and jaw impotently.

Maybe I had to go through what felt like death in order to know how to live. If you don’t like your society, create your own. I have. It has two rules: don’t be a jackass, and lighten the fuck up.

Email ThisBlogThis!Share to TwitterShare to FacebookShare to Pinterest
Labels: Memory