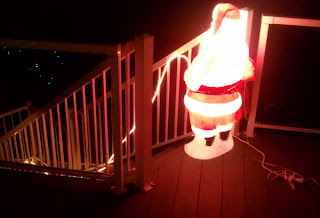 Now you're saying: "OK, smartass. Is there ANY Christmas-themed cultural event that doesn't work your last nerve?"

Yes. There are three. Not surprisingly, all three are funny. The humor not only lets in the welcome contrast of cynicism in, it leavens the deadly-serious sentiments encoded in their holiday DNA. You can play these over and over and over -- I will never tire of them! They are "A Charlie Brown Christmas," "How the Grinch Stole Christmas" (the original animated TV feature, NOT the horrible feature-film adaptation) and "A Christmas Story."

Now, on to the quartet of unbearability, a homiletic hoedown of Brobdingnagian proportions. 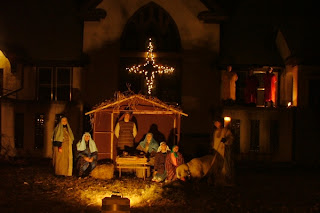 When I was twelve, I enthusiastically volunteered for duty at our church's living Nativity scene. I was a shepherd. I found a nice staff, and I made my mother sew a patch over the embroidered "W" on my dad's blue bathrobe (always the drive for authenticity -- I did not find any mentions of monogrammed clothing in the New Testament).

Little did I suspect that one of the coldest, snowiest Christmases in Colorado was in the offing. That special night, we assembled outside the front of the sanctuary. In the name of realism, none of us wore coats. Or gloves. Or hats. Or long underwear. Boots were a hard-won concession from the pastor.

Out in the raging blizzard we stood for hours, as cars drove by and honked, and delighted people walked up and took photos. We knelt or leaned in, centered in shivering adoration of the plastic baby doll in the manger (no one was willing to give up a real infant for the cause).

Ever since then I've just had a thing about that kind of event. A shudder of sympathy overwhelms me. Brrr. Friends don't let friends do living Nativity scenes. Outside. At night. In a blizzard.


3. Any and all Rankin/Bass animated Christmas specials 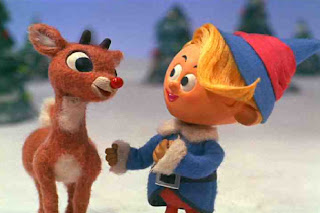 I raged about this mind-bending phenomenon a few years ago -- it's still a well-visited post here, so I'll just put the link right here. Enjoy my bile-spewing rundown of the Animagic roster! 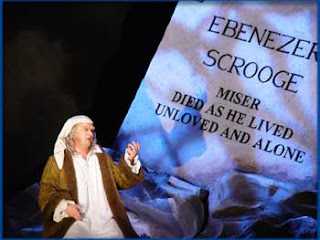 Historians now agree that Charles Dickens invented Christmas. His 1843 classic reignited what we now think of as the classic Western Christmas traditions. His story of redemption and personal transfiguration is great, regardless of the seasonal theme, and profoundly written.

But -- madre de dios! Hundreds of adaptations of the 1843 classic litter the stage, screen, television, radio and bookshelves. There are Western versions, contemporary versions, zombie Carols, a Batman carol, a -- Klingon -- Carol. The story's adaptability to any and all genres and audiences makes it the corner streetwalker of Christmas stories. It will hop in your car and do you, for any fee. 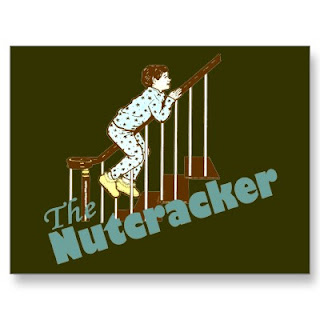 First of all, I hate Tchaikovsky. He's so damn melodic.

Second, hate ballet, dance and/or movement, save that needed to get from one place to another.

Third, hate that creepy Nutcracker story. True, it was written by one of my sentimental favorites, the crazy syphilitic drunken E.T.A. Hoffman, but the psychosexual overtones of one-eyed godfather Drosselmeyer giving little innocent Clara a wooden soldier are just too disturbing to go into in any detail. Evil mice, followed by a procession of cloying solos performed by candy? Stop. IT's diabetes in a tutu.

The best diagnosis of this "sugarplum overdose" comes from Sarah Kaufman, the Pulitzer-winning dance critic for the Washington Post, who sees the prevalence of this sickening ritual as stifling creativity and draining resources from more inventive and adventurous fare.

Standing O, Sarah! Thanks. You nailed it, babe. I call for a five-year ban on productions, or at least a boycott. Occupy Christmas, people. Together we can change the zeitgeist!