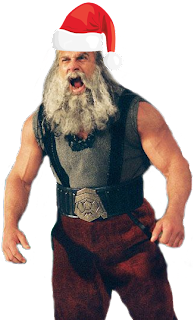 More traumatizing events happen during the Yuletide season than any other. In my family it’s referred to warily as the Holiday of Guilt and Shame.

Still, the crushing rush of Christmas is so culturally pervasive that you can’t escape the traditional holiday entertainments that dragoon your children, force your attendance or attention, make your teeth grind and exhaust all remaining reserves of comfort and joy.

And this is the money time of year for artists and entertainers. Whether we are scraping away at a cello down at the mall, doing a puppet show for angry institution-bound seniors, or cavorting in tights in the bright light of the concert hall, we work work work it, from mid-December through New Year’s.

The resentment steams from the audience. The holiday season seemingly compels us to get dressed up and exposure ourselves to culture, like an unwelcome form of radiation therapy. We go see the old chestnuts because mom/grandma/Aunt Martha insists we do (guys would be happy on the couch, as God intended) – and just pray that there’s a cash bar.

This time of year, you can’t throw a brick without hitting a holiday well-wisher. Believe me, I’ve tried. Here, in ascending order of potential awfulness, is a baker’s dozen of doubtful entertainments. Bah. 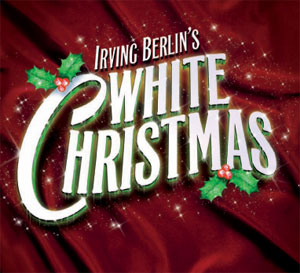 “Holiday Inn” is a great, fun movie starring Bing Crosby and Fred Astaire, based on an idea by Irving Berlin to make a movie that would showcase a number of his holiday-themed songs. The conceit, a hotel that is only open on public holidays, works well, and the script is a hoot.

Unfortunately, the film is marred by a blackface number about Lincoln’s Birthday, “Abraham.” America’s institutionalized racism was on its way out, but still going strong at the time. You will not likely see the film unless you purchase it or see it with the offending sequence lopped off.

The VistaVision color remake is a complete rewrite, and substitutes Danny Kaye for Astaire. It sucks, save for the catchy little “Sisters” turn. The stage adaptation has only been around since 1994, so it hasn’t had time to engrain itself into the national consciousness. Just you wait.
Gag. 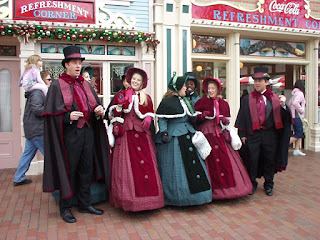 The National Center for Health Statistics estimates that more than 80,000 deaths a year result from caroling.

You are a talented singer, in charge of a magnificent voice. Now take it outside in sub-zero temperatures and howl close-harmony doggerel while staggering through deep snowdrifts. What are you, Alferd Packer?

I have participated in these door-to-door sonic assaults. They are not yet illegal.

And I’m confused. There’s something Halloweenish about this whole affair. Shouldn’t you ask us in? Can we have something warm to drink? A cookie? Can we just grab a memento from your mantelpiece?

And what in the hell is wassail? Isn’t it a flaming bowl of something? Something English? I know we ask for it in some convoluted 18th-century way, as in: “Good husbandman, come bring/With tidings glad this/Hot steaming burn-ed drink/Hol-tol fiddle-rol tee dol downy-doo.” No thanks. I’ll stick with Scotch. 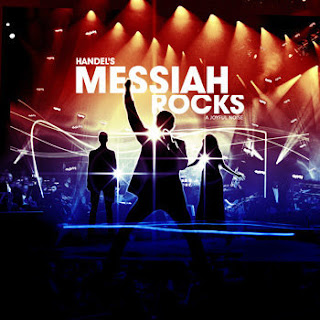 No, not THE Messiah. I mean Handel’s “Messiah.” A lovely oratorio, including catchy numbers such as the state song of Wyoming – “All we like sheep”!

However, it does go on. And on. And on. And actually, you know, it’s an EASTER oratorio, so the second half is full of smiting and chastising and rods of i-ron that sort of thing. Plus, we’re supposed to stand up during the Hallelujah Chorus! Like it’s the seventh-inning stretch! This is a tradition based on the mistaken belief that George II did it during the first performance, which is a big fat lie.

So, if you’re stuck listening to this, and everyone stands up suddenly, stay seated (unless the venue is on fire) and explain loudly about the vile calumny that forces people to their feet. You’ll be glad you did.

10. “Amahl and that Night Visitors” 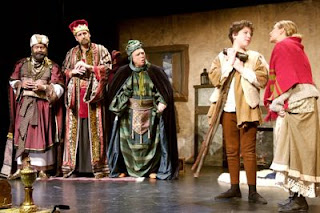 The first opera written for television, this one-act piece of schmaltz went out over the airwaves from NBC studio 8H (where “Saturday Night Live” now reigns) on December 24, 1951. Although Gian Carlo Menotti was a darn good opera composer (try “The Consul” and “The Medium” sometime), this was not one of his best efforts, in my humble etcetera.

And who can forget the great "This is my box" aria? 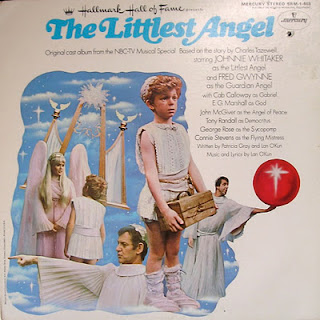 Less an immediate danger to mass consciousness -- more a traumatizing flashback for me. Like “Amahl,” this was a Hallmark Hall of Fame presentation. It featured Johnny Whitaker (the curly-headed freckle-face from “Family Affair”) as a little 8-year-old  shepherd boy (sound familiar?) who ACCIDENTALLY RUNS OFF THE EDGE OF A CLIFF and dies . . . or rather, finds himself in heaven.

In a plot development stolen from “Our Town,” “Here Comes Mr. Jordan,” “A Guy Named Joe” and other he wanders around, not really able to figure out that he’s DEAD, why he’s DEAD, and how to feel about it. With an all-star cast that includes Freed Gwynne, Cab Calloway, Tony Randall, George Rose, CONNIE STEVENS? JAMES COCO? And E.G. Marshall as -- God. Yep.

And it’s a musical. A musical. It was broadcast on Dec. 6, 1969, and it traumatized me for life.
You know how if you see something vastly inappropriate on TV and the kids are in the room, you leap for the remote to turn it off? I want you to do this if “The Littlest Angel” EVER makes an appearance. It makes “Poltergeist” look like an episode of Bob the Builder.