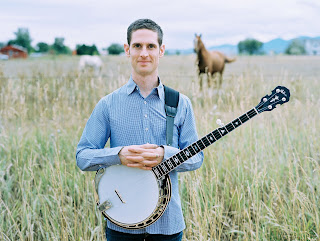 Jayme Stone creates, but he also excavates, building on patterns of the past and pushing them into the future.

A banjo player, he’s strongly grounded in the traditional, acoustic North American sound patterns. But he uses music to travel the world. 16 years into his career as a composer and player, he maintains an inquisitive insistence in all aspects of his life that leads him from project to project. On his last two albums, he has begun by immersing himself in and absorbing certain genres or cultural traditions. The result? Thematic albums that avoid an apish or overly curatorial feeling.

An e-mail from a publicist clued me in about his new album, “Room of Wonders,” and a string of engagements in the region in the months ahead. I dug into his three solo albums and set up a phone interview. (Why didn’t we meet face to face? Although I have mastered the art of paying complete attention to someone while writing down what they say accurately, it’s a hell of a lot easier for me to read a voice and intuit where to go next in an interview via the telephone.)

From Toronto, he began his musical work in a Canadian jazz/roots group, Tricycle. He’s made his home in Boulder, Colorado for years. He describes himself as a long-time listener before he moved into making music.

“I was a passionate listener with my ear to the ground,” he says over the telephone. “I fell in love with old-time music and banjo. I listened to people like Earl Flatt, Mike Seeger and the Stanleys.”

Stone’s 2008 CD with Mansa Sissoko, “Africa to Appalachia” neatly bookends the efforts of fellow banjoist and Boulderite, Otis Taylor, whose project from the same year, “Recapturing the Banjo,” looked hard at how white culture assimilated and mutated the banjo’s African sound.

“You can hear strains of West African music in old-time music,” Stone says. “But I was interested in what didn’t get transmitted.”

“When I do an album,” he continues, “it’s larger than just a collection of tunes. I like to go deep into a particular theme or concept. I see it as a field of research.”

A chance encounter with Bulgarian music became the impetus that sent him digging up and auditing field recordings, in the spirit of the aforementioned Bartok, as well as other Nationalist composers from the early 20th century, Janacek and Kodaly.

“I kept finding kinship in the music of the region,” he says.

Stone enjoys putting together an effective ensemble that can take a piece and expand on it.

“I like to dial in the dynamics as we work the piece out,” he says. “I really love having parts of the tune stay open, leaving it open . . . my fellow musical adventurers play their instruments in different ways, because they come from different worlds. The music gets changed by having all these different voices working through it.”

Stone is cutting back on his touring schedule, or at least is breaking it into smaller pieces. He has an 11-month-old daughter now, and he doesn’t want to be away from her for long periods of time.

“The last album, we toured pretty steadily – 16 weeks, I think,” he says. “I think I tour more now but keep the trips shorter.”

Jayme Stone can be heard at the Stage Stop in Rollinsville on April 23; on May 6 at the Eldorado Springs Arts Center; and on June 3 at the Sounds of Lyons Festival. For complete information, please visit jaymestone.com. 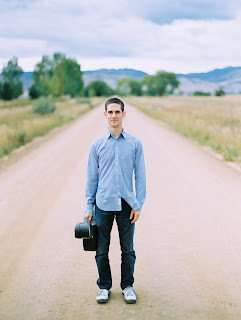 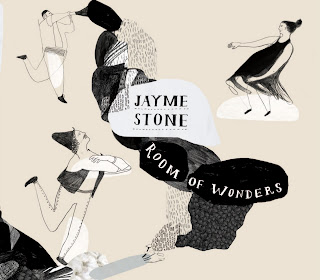 Jayme Stone is a composer and banjoist. He’s part of the progressive, world-music-embracing wave in acoustic music, which has been led by examples given by such as the Turtle Island String Quartet, Psychograss, Strength in Numbers, and Bela Fleck and Tony Trischka, the latter two of whom were Stone’s teachers.

His solo debut, “The Utmost” (2007) was very much in the mellow acoustic/jazz groove; his second work, a 2008 collaboration with Mansa Sissoko, “Africa to Appalachia,” is immersed in the logic and sensibility of the music of that continent. It’s an album very much in the vein of Ry Cooder’s numerous collaborations with world musicians such as Ali Farka Toure and Vishwa Mohan Bhatt.

In “Room of Wonders,” Stone takes dance music – ethnic dance music from around the world, that is – as his subject. This is by far Stone’s most infectiously listenable creation to date, pulsing with urgency and tight virtuosity. The 10 cuts on the album leap and pop with the possibilities these folk templates inspire.

Stone and his group clamber into the adopted melodies and rhythmic patterns, but leave islands of sequences open that they fill with fast-moving improvisational phrases, pushing the beat forward. The breaks essayed by the fiery fiddle of adventurous Casey Driessen on cuts such as the opener, “Krasavatska Ruchenitsa,” are marvelous.

Old Stone hands Grant Gordy, drummer Nick Fraser, and trumpeter Kevin Turcotte are here. The ensemble is expanded with Olov Johansson on the nyckelharpa, Greg Garrison on bass and William Carn on trombone.

The danger in efforts like this is that they either dissolve into unimaginative musical quotation (Puccini, Rimsky-Korsakov, and the limited charms of Mannheim Steamroller and Renaissance) or come off as cultural colonialism disguised as fascination with the unfamiliar (the Putumayo Syndrome).

Some are just stunt pieces – “Hey, I know, we do a Croatian kolo in reggae time, and add bass clarinet!” Some are faddish, despite their inherent worthiness. Remember the Bulgarian Women’s Choir? The Gypsy Kings? Harry Belafonte? Gregorian chant backed with a dance beat?

Stone and company use traditional structures, but build on and transcend them. The precise interplay of the performers, a tribute to their professionalism and a sense that they are of one mind on this record, results in such moments as a beautiful rendition of the Allemande from Bach’s French Suite #6. But the music opens up and mutates, creeping even into the jazzy languor of Turcotte’s solo in “In Other Rooms, Other Wonders” and the percussive arpeggios of “Planinsko Horo.”

Virtuosity in the service of discovering new things is what’s needed here, and Stone and his friends deliver it. It’s superheavy, and deeply felt. Good one!
at April 22, 2011

Never heard him in our locality. Seems an interesting artist, based from your review. Wish I can have my copy of the records.