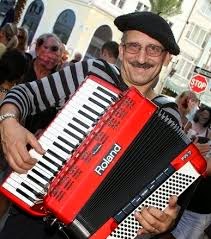 I don’t despise the French,

Allow me to apologize. I know it’s pretty standard to hate them. They’ve always been good to me, though – very tolerant of my gangster-film French and American enthusiasm.

I particularly love their classical music. Normally I don’t ascribe to the virtue of one nation’s culture over another, but something about their music is special. Maybe it’s the dynamic tension between the huge cultural institutions and oversight France produces, and the counterbalancing impulse not only to rebel against conventions, but to disregard them entirely. Keeps things fresh.

Sometimes this combination of gutsiness and playfulness can backfire, leading to thin, arch work that doesn’t resonate. Still, the batting average is pretty damn good, and the dozen listed here are consistently rewarding to hear.

Here’s a subjective list of my 12 favorites. Please note that there are many that almost made it, and are certainly worth listening to – Halevy, de Machaut, Delerue, Auric, des Prez, and more. I am counting out Chopin and Stravinsky – each has typed himself unmistakably as a son of his country of origin. AND there are many French composers that drive me NUTS – Gounod, Massenet, Rameau, Lalo, Lully, Ravel, Boulez . . .

So here we go. 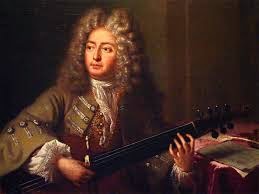 Master of the viola de gamba, he was not afraid of complexity and dissonance, and created conceptual pieces such as “Le Labyrinthe,” “La Gamme,” and the “Tableau de l’Operation de la Taille.” A busy guy, he had 19 children. His life was horribly misrepresented in the film “Tout les Matins du Monde.”

QUALIFYING ANECDOTE: He hid under his mentor Sainte-Colombe’s special practice treehouse in order to steal his bowing moves. The little sneak. Called Couperin le Grand to distinguish him from his musical relatives. It’s unknown whether this bothered them tremendously. An adventurous keyboardist who fused French and Italian styles and who vastly extended the expressive quality of the harpsichord. His work inspired Bach, Brahms, Richard Strauss, and Ravel.

QUALIFYING ANECDOTE: To sell some of his early sonatas, he packaged them under a fake Italian name – Italian composition was all the rage and a French composer of the time couldn’t get arrested. They were wildly successful. 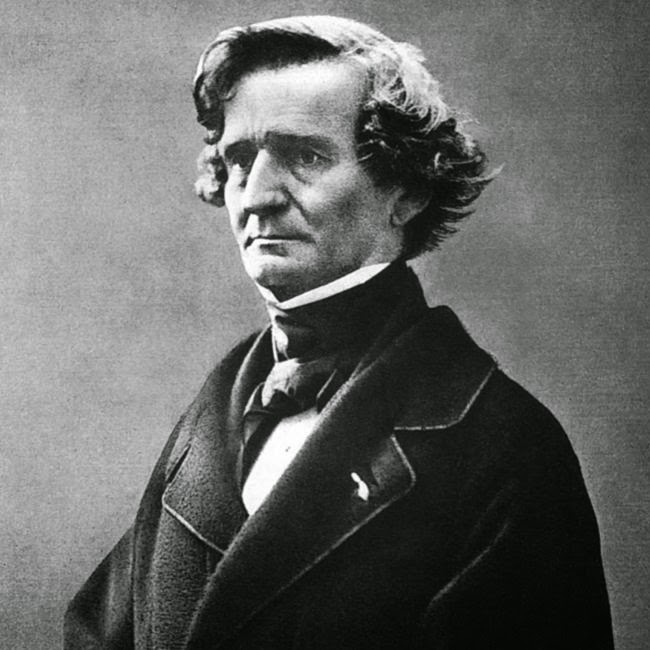 For some reason, most classical music lovers refer to the “three B’s” – Bach, Beethoven, and Brahms. What about Berlioz? He was the first French Romantic. He invented modern orchestration (his ideal orchestra was 467 strong and included 30 pianos, 30 harps, and 12 cymbals); he was a masterful conductor; incredibly literate, a devotee of Virgil, Goethe, and Shakespeare, his criticism and memoirs are still instructive and enjoyable.

QUALIFYING ANECDOTE: Always falling in love, he basically stalked his first wife, actress Harriet Smithson, for years until she gave in. It didn’t work out. He planned to murder a fiancée that rejected him. Five years before he died, he wrote: “My contempt for the folly and baseness of mankind, my hatred of its atrocious cruelty, have never been so intense. And I say hourly to Death: ‘When you will.’ Why does he delay?” Not a happy guy.

The funniest of all classical composers, Offenbach could mock anything and get away with it. He composed more than 100 comic works; his final work, “Les contes d’Hoffman,” was decidedly serious but still delightful. 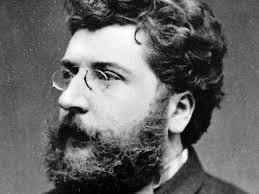 “Carmen.” That’s all you need to know. The birth of real passion and verismo in opera with an unforgettable and complex central figure. 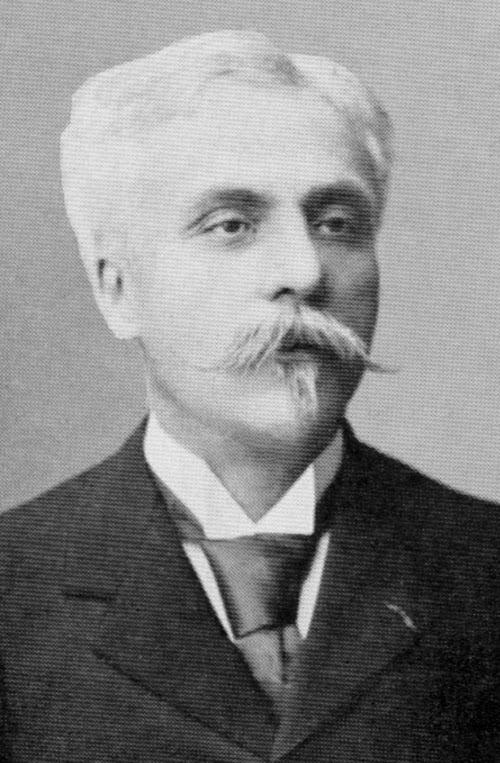 Although he is better-known for his somewhat fluffy “Requiem” and “Pelleas et Melisande,” his piano pieces are fascinating, as are his songs, and chamber pieces. His work is clear, unified, as graceful as falling water. He was a marvel at the organ, but despised it, and left behind no compositions for it.

QUALIFYING ANECDOTE: He lost a job at a regional church as its organist when he showed up to play for Sunday mass still in his evening clothes from the night before, having never gone to bed. 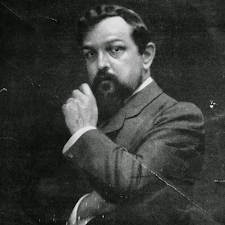 “For better or worse Claude Debussy must be seen as perhaps the most influential figure in twentieth-century music.” – David Mason Greene. His ears, perched on his bumpy oversized head could hear what others could not, and got it down on paper.

QUALIFYING ANECDOTES: He was, according to Mary Garden, who originated the role of Melisande in “Pelias et Melisande,” a “very, very strange person.” His funeral procession moved through the abandoned streets of Paris during a German bombardment of World War I. He was played, oddly enough, by Oliver Reed in Ken Russell’s fanciful documentary “The Debussy Film.” His wife had previously been Faure’s mistress. 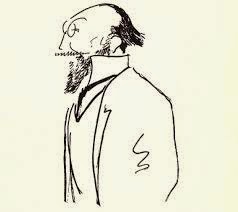 A free spirit, he is still ahead of his time. His work, embossed with absurd titles such as “Cold Dreaming,” “Four Flabby Preludes,” and “Desiccated Embryos” was alternately brilliant deconstructions of staid musical forms, and new, unbound work that didn’t obey harmony, rhythmic pattern, or any other musical norm. Ravishingly beautiful.

QUALIFYING ANECDOTES: He purchased 12 identical gray corduroy suits, and simply rotated through them day after day. He made sketches of imaginary buildings and kept them in a filing cabinet. Some of his best compositions were found and published after his death – they had fallen behind the back of his piano and Darius Milhaud found them there after Satie’s death. 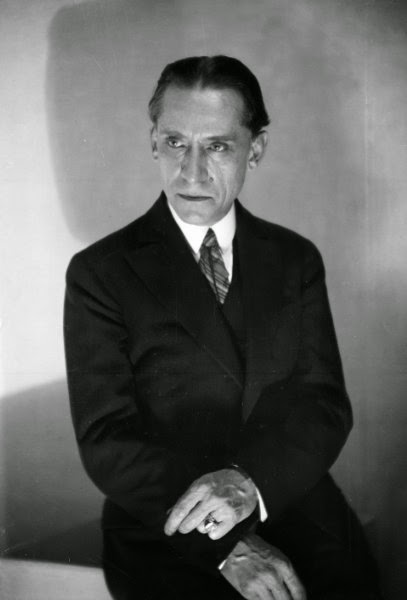 Like many of the nationalist composers of his time – Bartok, Janacek, Kodaly, Dvorak, and Smetana – Canteloube was a much a musicologist as a composer, traveling and researching regional, vernacular music with vigor. His “Songs from the Auvergne” took nearly 30 years to compile and complete. One of the most knowledgeable, conductors, and teachers in history, Boulanger was an incredibly gifted interpreter of music. She trained, among others, Copland, Glass, Gardiner, Quincy Jones, Carter, Barenboim, and Piazzola. In her own right, her delicate songs and chamber pieces are wonderful – and unjustly overlooked. 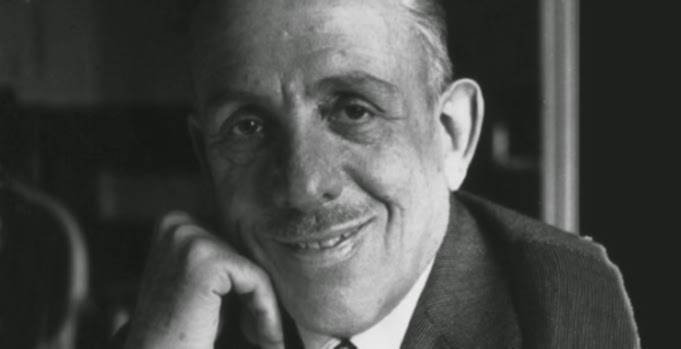 Absolutely true to himself, Poulenc could write both the most absurd and transgressive works (“Les mamelles de Tiresias,” in English “The Tits of Tiresias,” after Apollinaire, whom Poulenc met shortly before the latter’s war-wound-related death) and the most movingly spiritual (“The Dialogues of the Carmelites,” “Litanies a la vierge noire”). “I wanted music to be clear, healthy, and robust,” he wrote.

The Dialogues of the Carmelites
Les mamelles de Tiresias
Songs 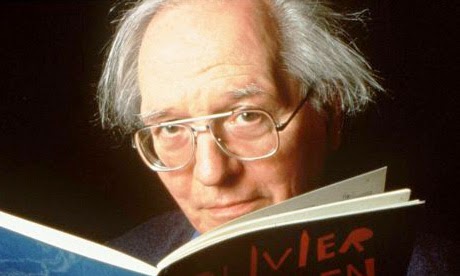 Still far ahead of us. His slippery, spiky, otherworldly journeys can drive you mad, but if you sit down and push through them, the listening will reward you. He could and did absorb Western and non-Western styles; like a sculptor, he subordinated the elements he needed and used them to create a singular voice. He was a masterful organist. His study of birds led to many of his most striking compositions, such as “Oiseaux Exotiques” and “Catalogue d’oiseaux.” He was imbued with a profound sense of God, and this intense spirituality permeated his meditations, such as his “Concert for the End of Time,” his nature studies such as “From the Canyon to the Stars,” and opera and oratorio such as his epic “Saint Francoise d’Assise.” He said, “I want to write music that is an act of faith, a music that is about everything without ceasing to be about God.”