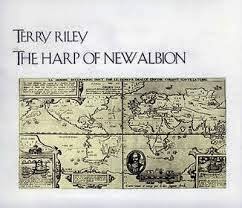 Defining music can be a fatal pursuit for the subject and its listener. We are addicted to boxing things up, creating compartments where none are necessary. When we think of art as product rather than process, we cheat ourselves of a little glory.

Case in point: a recording from 27 years ago that I grabbed out of idle curiosity and can’t stop playing (a little brain-softening from the after-effects of the ‘70s? I assure you these musings are grounded in sobriety). Composer Terry Riley’s freeform, loosely structured keyboard meditation “The Harp of New Albion” is based on the wistful idea that explorer Sir Francis Drake left behind a harp on American shores, which shamans set up above the water’s edge, leaving the winds to play it.

Drake’s harp in this case is a piano retuned with the idea of just intonation, as opposed to the equal temperament normally used in Western music. Hours of research on this topic left me none the better able to grasp the difference – it’s beyond me currently, so I will take the composer’s word for it. What results are 11 movements, lightly structured and containing room for improvisations, each based on differing tonal centers.

He states in the program notes that “Although The Harp of New Albion is improvised throughout, each movement contains structural or composed elements which determine the overall shape the section will take. In a concert performance the order of the movements may vary and ideally, new movements will be improvised spontaneously.”

The abandonment of compositional norms leads the listener into an entirely new territory. What begins as a calm procession of Debussian chords morphs into nearly an hour of tremendously exciting exploration in sound that varies in pulse, attack, harmonics, and colors – a bold adventure that redefines for me of what the instrument is capable.

Riley escapes definition as a composer through pieces such as this, although he is commonly and sometimes contemptuously thought of as a “hippie,” a drone/trance artist, and/or minimalist. Like other supposed outcast composers such as Charles Ives and Harry Partch, there is a mystical yearning in his work, but here it’s balanced by an almost scientific curiosity about what can be summoned out of what he terms “the emerging energies that flow through both instrument and performer”.

The best way to hear this is in complete silence or at least through headphones. The overtones extend for several octaves in both directions, and the strange juxtaposition and interrelation of sounded notes creates unearthly harmonies that seem to crack and claw at the limits of aural understanding. Voices woody, human, brassy surround and transcend what we process as a typical piano-string vibration. It takes a multitude of listenings to even begin to hear some of what is going on here – and since my personal definition of what a classic is is something that offers new revelations with each exposure, a classic it is.

If I’ve whetted your appetite, be patient with it – there are passages that skirt close to vamping or noodling, and some quite familiar kinds of ostinatos that can madden. Don’t worry if some vertigo ensues . . . stay with it.

And what kind of music is it? Like the work of the Monks (Thelonius and Meredith), like that of Gavin Bryars or Brad Mehldau, this work transcends classifications and sweeps us into a place where it seems that anything, again, is musically possible.