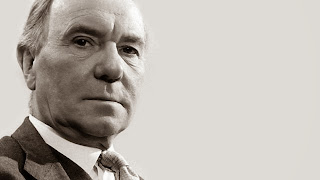 I have been ignoring the best writing advice I ever got.

In the foreword to radio comedian Fred Allen’s autobiography, “Much Ado about Me,” Fred relates advice John Steinbeck gave him.

“. . . try to remember it so clearly that you can see things: what colors and how warm or cold and how you got there. Then try to remember people. And then just tell what happened. . . . Put it all in. Don’t try to organize it. . . . Don’t think back over what you have done. Don’t think of literary form. Let it get out as it wants to. . . . cutting comes later. The form will develop in the telling.”

The one time I followed these dicta I produced my most odd and most widely-read independently published story to date (it didn’t hurt that it centered on midget wrestling). It took over a year to write, and it probably shows. It was the most challenging and the most rewarding project I have undertaken to date.

And I couldn’t get anyone to buy it.

I’ve been writing for 40 years, professionally for 30. Along the way I’ve written standup, sketch comedy, plays, for radio and TV, newspapers, magazines, and websites. I’ve interviewed famous people, covered crime, tracked political upheavals, and written about just about every art form on the planet. I have a leg up on all the templates, in style as well as form -- the advertisement disguised as breaking news, the heart-tugging feature, the seemingly balanced analysis, and the crooked results imposed by all the teapot tempests and pet peeves of moneyed clients, publishers, owners, editors, and controlling interests.

At any given moment I am writing or selling something. This incessant practice has led to a craftsmanship of which I am justly proud. But what good is it to crank out technically perfect and quite readable stories about shit? In comedy, it’s called being a hack. This slew of imitative, safe, predictable content producers persist everywhere, shovel the publishers’ furnaces full of words that curl, crisp, burn and are ash-expelled in the blink of an eye. The avalanche of data continues, whether I pitch in or not.

In this post-journalism world, acting as a communicator for private interests is no better. Hey, believe me, I tried to sell out! Over and over again, I attempted to gain acceptance, to find a group to be a part of, to sand down my prickly talents to fit the required measurements. Few takers. My level of talent, my faint-heartedness, my sheer self-destructive cussedness, luck, destiny has seen to that. So what do I want? Not to engage in precocious journaling, or addled gonzo narratives. What is the way out of the impasse?

Truth, first. Why is speaking the truth such an imperative? I grew up surrounded by lies and evasion, I developed a desire for truth. To root the truth out of myself, a practiced dissembler. Not facts. Truth. I’ve seen too many pages of bland facts obscure the truth. Alan Moore, in his “Promethea,” states that humans are amphibians of the psyche, half in the world of reality and half in the world of imagination. I would like to hear the clear clang of these hemispheres colliding in my head, for once, instead of being worried about it or muffling it with fears.

So, an approach that blends the reality and the imagination, the personal and the general. Open, relaxed, and conversational, admitting bias and uncertainty. Playing up and down the spectrum of the dynamic paradox.

What if I write with the intent of seeing what happens? Am I capable of being honest? Above all, will it be interesting? Enjoyable? Helpful? Readable? A kind of Fourth Step for public consumption? At this point, it does not matter. I am still turning out the standard fare for fun and profit. But it’s not enough.

Look for installments in my “Pursuit of Happiness” series in the months to come, centering on such unoffending topics such as sex, drugs, God, money, power, society, family. Maybe it’ll be fascinating, maybe it’ll be crap. Maybe it’ll be both. We’ll see, won’t we?

The source of the title quote comes from an anecdote I recall reading about actor Ralph Richardson, which of course I can’t find the source of now. Still, it sticks in my mind so strongly that, if it is not true, it oughta be. Evidently Richardson was a stickler for establishing his character with his first entrance. Well, in a show in later life, he could not get his entrance down. He drove the director and his fellow actors mad for weeks, trying every conceivable way to get on stage in character.

Finally, the night before opening, Richardson went to the director and told him he had solved the problem. “I think I’ll just come in,” he said.

I think I’ll just come in.

"In dark times, the definition of good art would seem to be art that locates and applies CPR to those elements of what's human and magical that still live and glow despite the times' darkness. Really good fiction could have as dark a worldview as it wished, but it'd find a way both to depict this world and to illuminate the possibilities for being alive and human in it." – David Foster Wallace