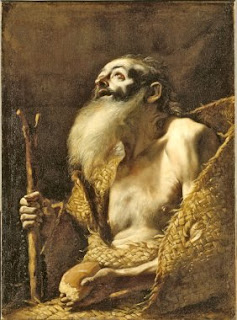 “I don't know who you are, I don't want to know. It's taken me my whole life to find out who I am, and I'm tired now, you hear what I'm saying?”
-- Ossie Davis as Marshall in “Joe Versus the Volcano”

I was walking past a window in my house last night and I yelled to my wife, “Hey! There’s a creepy old man out there! He’s staring at me! I’m scared!”

What happened? Where am I?

Dante, The Inferno, Canto I 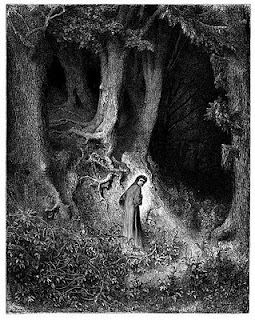 (I like it. It’s pretentious. And it stops the story cold. Ezra Pound might have quoted swatches of it without explanation. David Foster Wallace could have included it in footnotes at the bottom. Here’s the translation by Henry Wadsworth Longfellow, who tackled the project in his 50’s and made more money from it than Dante ever did:

“Midway upon the journey of our life
I found myself within a forest dark,
For the straightforward pathway had been lost.”)

I’m as old as Fred Flintstone, and a day older than “The Andy Griffith Show.” Ted Williams had his last at-bat the week I was born; Kennedy and Nixon were duking it out on live TV.

When you turn 50, it seems as though you should somehow be more dignified. Graced with a noble, far-seeing look, a craggy mien, a marble visage as imperturbable as Washington’s.

You are done, though. Culturally extinct. Floating on the wrack and drift of your formative cultural memories, you cries for help are unheard by the big ships that carry the goods desired by those 18-34. You aren’t spending enough discretionary income anymore to matter; in fact, you don’t have any discretionary income. You have children.

But I’m not bitter.

In my health-obsessed town, people my age are running miles daily, or swimming for 100 hours straight, or sundering mountain chains with their bare hands. I am the old guy who sits in the park and creeps out the kids by staring at them. I am Aqualung!

I am starting to get spam about meeting 50+ singles. I don’t think they mean more than 50 singles. Not only am I very, very married, but if you think about it, 50-plus singles have either lost partners, perhaps under mysterious circumstances, or they have simply never settled down. In other words, they are rogue people.

And am I starting to drive more slowly? And is my seat getting lower? Is the steering wheel getting bigger? How long until Johnny Law makes Grandpa take the bus everywhere?

Hair is growing out of places it shouldn’t, and isn’t where it should. I say “jeepers cripes.” I say “dang.” I say “goldarn it.” I have morphed into Yosemite Sam.

In other news, my American Association of Retired Persons membership solicitation came in the mail. On my birthday.

I click on their site. There’s an article – Olympia Dukakis is tackling “Elektra,” and diabetes.

I flash-forwarded to me in the Jell-O line at the cafeteria; stuffing my pockets with condiments; not leaving a tip. Becoming that crazy old coot who sits in the booth all day, ordering little and ostensibly flirting with the teenage waitresses. Keeping overly polite phone solicitors on the line for hours. Smelling funny.

“Frettin’ ‘bout what you going through/Regrettin’ the things you didn’t do
Relying on compensations you’ve found
Groanin’ beneath the weight of it/Bemoanin’ the fickle fate of it
Complyin’ just to keep both feet on the ground
That won’t get you anyplace/It won’t excuse you from the race/When you meet your destiny face to face
They’ll be no more wrong or right/And no more wish I might . . .”

Mose Allison, “Let It Come Down”

Somehow, I must get in touch with my Inner Geezer, that cane-waving, porch-dwelling curmudgeon that blossoms within each of us eventually, if we make it that far. 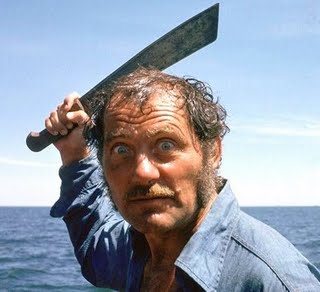 At 50, you are who you are, the sum total of what you have chosen and done. If you are lucky, you have wised up to yourself to a certain degree. There’s no going back.

There is nothing provisional about my life now. I don’t envy younger people their uncertainty, or longings, or fears, anger, sorrow. I wouldn’t tread that pitted road of experience again.

I’ve made a huge number of mistakes, burned a lot of bridges. I’ve done many people wrong. But the good wishes that came from so many places, that bombarded me this birthday, brought home to me the undeniable fact that I have done some good as well, and can continue to do so.

The adventures and surprises will continue. I’m not done yet.

And I’m in good company. 65 million people, one-fourth of the U.S. population, are between the ages of 45 and 65. The Boomer bulge is headed for the boneyard. Who knows? Maybe those are the people I need to be talking to: looking back with them, and looking forward and asking hard questions about what comes next. What comes last.

Two things for sure, though: I will not figure out how to monetize this, and I shall not wear the bottoms of my trousers rolled. Damn you, T.S. Eliot. 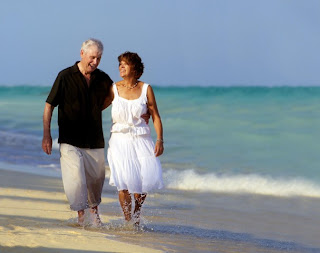 “ . . .we feel our lives most when they are running out: as we age, as we lose our physical abilities, our health, and, of course, family members and friends who are important to us. Then we pause for a moment, sink into ourselves, and feel: here was something, and now it is gone. It will not return. And it may be that we understand it, truly and deeply, only when it is lost. . . . life is greater than what grows dim with us and steadily fades away.”